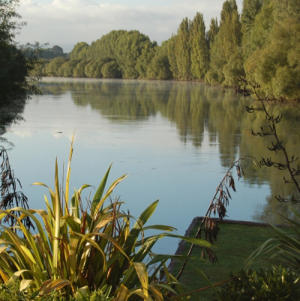 A groundbreaking plan change proposal aimed at restoring and protecting the Waikato and Waipa rivers has been approved for public notification.

A groundbreaking plan change proposal aimed at restoring and protecting the Waikato and Waipa rivers has been approved by Waikato Regional Council for public notification.

Councillors were split 7-7 on a motion to approve and the measure was passed on the casting vote of the chairperson Paula Southgate.

It means the Healthy Rivers: Plan for Change/Wai Ora: He Rautaki Whakapaipai project’s proposed plan change is now due to be formally publicly notified next month.

Explaining her use of the casting vote, Southgate says the council was legislatively obliged to address water quality in the rivers due to the National Policy Statement for Freshwater and Te Ture Whaimana o Te Awa o Waikato (Vision and Strategy for the Waikato and Waipa rivers). Also, passing the motion honoured the huge collaboration and technical input into the project, as well as the council’s co-governance partnership with river iwi. Those iwi and major stakeholders supported notification. Water quality, she added, was a number one issue for Waikato people.

Public notification will begin a process whereby the wider community has a formal chance to submit on the proposed plan change, while new land use change measures take immediate effect on notification (others rules will be implemented in a phased way over time). The council agreed that the public submissions period will be no less than 80 working days. Under law, the minimum time is 20 days but the council extended this to take into account the fact that the final quarter of the year is a busy time for many. Also, what’s proposed is complex and detailed and it was felt a longer period is needed so that people better understand the meaning and impact of the policies and rules.

“Today’s vote marks a major step on the journey to restoring and protecting the Waikato and Waipa rivers,” says Alan Livingston, co-chair of the Healthy Rivers Wai Ora committee which recommended the plan change to the council. The committee is made up of river iwi representatives and regional councillors.

“The next step following formal public notification is to hear what the wider community has to say on the proposed plan change. We strongly encourage the public to have their say before this plan change is finalised. We will be publicising how people can have their say shortly.”

The proposed plan change was prepared by a multi-sector Collaborative Stakeholder Group (CSG) involving iwi, the council and stakeholders, including the farming sector. “This plan change has been the result of thousands of hours of work over the last three years by the CSG, iwi and a technical leadership group. Council’s decision today respects that significant investment by all parties,” says Livingston.

Once the submissions process kicks off upon public notification anyone can make a submission on the proposed plan change, and can support, oppose or take a neutral stance on its various parts. They can also indicate if they would like to speak at a hearing. Early next year, a summary of submissions will be made available describing all submitters’ requests and the reasons for them. People will then be able to indicate whether or not they support submissions. This will be followed by a hearings committee considering submissions on the plan, with people having an opportunity to speak to their submissions. Once the hearings committee releases its decision, people will have the option of appealing to the Environment Court. A summary of the proposed plan change is available at www.waikatoregion.govt.nz/healthyrivers.