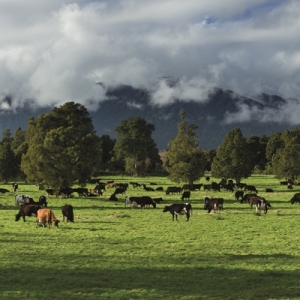 Westland Milk farmer shareholders will be watching their spending very closely after the co-op slashed 60c off its 2014-15 forecast payout.

The country's number two dairy processor has announced a revised payout of $5.40/kgMS to $5.80/kgMS.

"The fact the world produced seven billion litres of milk for export in the first half of 2014 isn't a secret and hasn't happened overnight, so this further revision is disappointing.

"It is going to mean some serious belt-tightening on the West Coast. Federated Farmers' Andrew Hoggard was prescient yesterday when he said for farmers to budget in the mid-five dollar payout range.

"The priority for our guys now is to redo budgets and cashflow. It means talking to your farm advisors and the bank to keep them fully in the loop; I'd run a 'no surprises' policy."

Farmers needing help are asked to contact the West Coast team at Federated Farmers or the Rural Support Trust on 0800 787 254.

"Given this is one hell of a drop in less than a month I think we need to ask if Westland had its glass over half full," says Rooney.

"Like anyone we don't like bad news but its better to get that news early than be led down the garden path.
"We are definitely going to be asking questions."