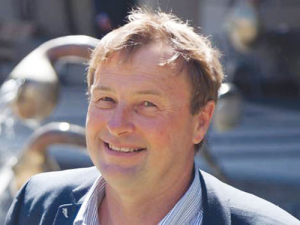 Regions such as Mid-Canterbury enjoy a direct relationship between water use and employment, says Federated Farmers.

The unemployment rate in Ashburton district is “miniscule” because the district benefits hugely from irrigation, said Ashburton-based Chris Allen, Federated Farmers board member with policy responsibility for the environment (water and biodiversity).

Allen said Labour’s proposed water tax or royalty – mooted at 2c/cu.m -- could cost individual irrigated farms $10,000 to $35,000 each. That would be a lot of money not going back into the local economy, where each dollar spent is recycled about sixfold, he said.

Allen said 85% of the national water tax take would be from the East Coast of the South Island, 25% of it from Mid-Canterbury alone.

Echoing an IrrigationNZ analysis which shows the bulk of the tax would be gathered in regions where the rivers were already cleanest, Allen said the most polluted rivers were nowhere near where irrigation is happening.

“It’s not going to fix any river that’s not being worked on already,” he said.

Dairying has been the red herring in the debate but represents less than half of Mid-Canterbury’s irrigation. With Mid-Canterbury providing much of the world’s carrot seed, much of the irrigation goes to very specialised cropping and it would be “a worry” if that were made uneconomic, he said.

There is also a risk that the water tax would push more land into dairying, because dairying tends to give the highest return and the tax could therefore price other uses out of the market.

Allen said it would also be an “incredibly” inefficient way of collecting and distributing money. Compliance costs would be huge compared with GST or income tax which are pretty efficient and equitable, he said.

He said if Labour is arguing that water is a public resource, then everyone should be asked to pay for it, rather than picking on one sector of society.

Maori would have a view, he said. “If the Crown says it owns the water, clearly Maori will say quite rightly ‘well, we want a part of that if you’re putting a price on that resource.’ So that’s an issue which would have to be very carefully considered.”

If the issue is water quality, as Labour is now saying, there are much better ways of dealing with it.

Allen said there is no direct relationship between water quality issues and irrigation.

“In fact the guys in Canterbury with precision application of water have a very low environmental footprint.”