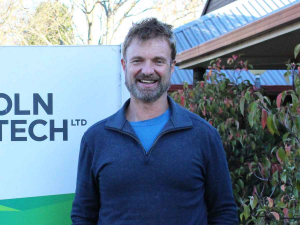 The research on hardy catch crops such as oats could create a win-win for farmers in terms of their environmental footprint and profitability, according to Lincoln University.

Dr Carey, who completed a PhD at Lincoln University on the use of catch crops, found that they can reduce nitrate leaching by as much as 40%.

This study looks to extend his research and apply it directly to commercial farms in Canterbury and Southland. The project aims to adapt their use to the different soils and climatic conditions of each region.

“These will prevent farmers from leaving paddocks bare for more than a month after winter forage grazing. Fortunately, the research is showing that catch crop strategies can be a profitable avenue.

“Nitrate leaching, and nitrogen loss generally, is particularly problematic in winter as non-lactating dairy cows eat large quantities of feed over a fairly short period of time to build up their body conditioning.

“Then they deposit large volumes of urine onto bare soil at a time when plant growth is minimal.

“Usually, catch crops are sown in autumn between the harvesting of the previous summer crop and a new crop in spring to conserve soil nutrients over the winter but in winter forage rotations, they need to be sown at the end of the grazing period, which is often mid-winter when soil and climate conditions are at their most difficult.

“But with the frequency of warmer and drier starts to winter increasing, hardy cereals like oats can be successfully established in the cool conditions.”

Dr Carey said oats were tolerant to the cold and would germinate at 5 degrees and above, reducing water in the soil and removing some of the nitrogen left when the cows had urinated on the ground.

“Once the soil warms, catch crops can rapidly mop-up the excess nitrogen, reducing the amount available for leaching.

“Even within a couple of months, we have seen catch crops take up as much as 40kg of nitrogen per hectare. By late November, early-sown crops for green-chop silage in both Canterbury and Southland are often reaching 8-10 t DM/ha and capturing 100-150 kg N/ha.”

The first year of the study has shown that the best results occur when the crops are sown as early as possible after grazing has been completed and are established using direct drilling methods.

In Southland, researchers used a spader-drill, a relatively new piece of tillage technology, that enabled much earlier drilling than is usually possible.

“Although there is often substantial soil mineral-N available to the developing cereal crop, the second year of the study showed that monitoring is advisable to ensure its N status remains sufficient to maintain quality and maximise yield, so a modest spring nitrogen application may still be prudent,” says Carey.