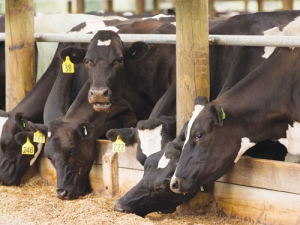 Landcorp's Ruapehu farm manager Glenn Weitenberg says the decision to lock in guaranteed milk to Fonterra during that season paid off for the farm, with a superior return on capital in comparison to the other eight finalists. Their pasture management and animal performance were extremely good and their supplementary feed costs very low.

The 2014-15 DairyNZ Economic Survey was released in May. It contains data on the average physical and financial performance of 296 randomly selected owner-operator herds during the 2014-15 season.

It was the start of the tough times for most farmers. While weather was generally favourable and seasonal production was up 3.6%, the milk price was on its way down. The average cash payout was $5.76/kgMS supplied for 2014-15 (net of the industry-good levy, including advance, final payments and dividend). This was 25% lower than the average milk payout received in 2013-14.

Higher input farms (system 4 and 5) feeding at least 20% imported feed kept performing well despite the challenging times. They produced more milk per cow and per hectare, had higher operating profit and a better total return on assets than low (4 - 14% imported feed) or medium (10 - 20% imported feed) farms.

The ten year average data shows that across a range of seasons and payout conditions, higher input farms were the most profitable (see table here).

Events like Dairy Business of the Year show the industry what is possible under good management conditions. The DairyNZ Economic Farm Survey shows there are huge variations in the profitability of all dairy farm systems. Every farmer must find the optimum balance between controlling costs and maximising milk production in their system.

Finally, I want to encourage farmers not to be tempted to make major systems changes as a response to low payout conditions. You run the risk of being worse off while you adjust your management to a new way of farming. A better option is to look at what you are already doing and see how you can do it better.