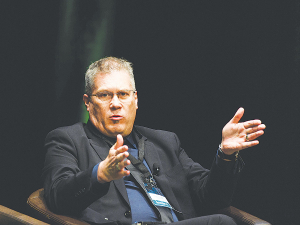 "One formulation for pasture-based farming to date has demonstrated a methane reduction of more than 30% for up to six hours after the additive is fed to cattle.

"Given this progress towards a product specific to New Zealand's pasture-based farming, we suggested the Climate Change Commission factor this into its recommendations to the Government."

The commission's recent advice to the Government is an endorsement of the research being done to support agriculture's shift to lower emissions, says Stuthridge.

"The commission has clearly laid out to the Government that a range of measures are needed to move the dial on methane and nitrous oxide emissions from agriculture, and that research is an important part of that in the short and longer term," Stuthridge says.

"It is saying that farmers have already made progress on reducing emissions, but more can be done in on-farm management practices in the shorter term. This is an area where the scientists are well-placed to provide advice on these practices.

"In the longer term, the commission says investing in research such as methane inhibitors and vaccines could help New Zealand reach the more ambitious end of the 2050 methane target. This is why we keep working away at these solutions with our partners in government and industry, and we are seeing progress."

Research is also continuing into genetically modified ryegrass and white clover. and its potential to reduce methane emissions from livestock. However, technologies such as these come with challenges given current regulations around release of genetically modified organisms in New Zealand.

He is optimistic about the way forward given the efforts going in across the board.

"Based on the record of innovation from Kiwi farmers over the past decades, supported by good science, there is every reason to think that the sector will adjust and adapt to meet the targets required of it."