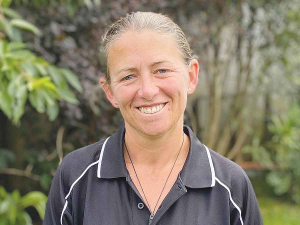 Like most drought-ravaged farms in Waikato, managing significant feed deficits has proved challenging for Owl Farm.

Farm manager Tom Buckley recalls that the warning lights started to flash towards the end of 2019.

Conditions were already dry after a winter with low rainfall and the last rainfall of note (23mm) occurred towards the tail-end of December.

Owl Farm had summer turnip and kale crops in the ground.

“In January we weighed the crops and they had gone backwards,” says Buckley.

“Each day when I went out there I could see they were shrivelling up.”

The team swung into action – rigorous monitoring, modelling scenarios using Farmax, and a proactive approach are key to their farm management.

They had paddocks shut up for hay, but were unable to feed that out as it was too mature, so they started to feed out PKE to preserve their pasture supply.

They also purchased 40tDM standing silage: filling the shortfall when they were unable to meet their season’s silage target (220tDM) from their own surplus.

Then they looked at their stock management. They lined up their pregnancy diagnosis date and organised for any empties to leave straight afterwards. 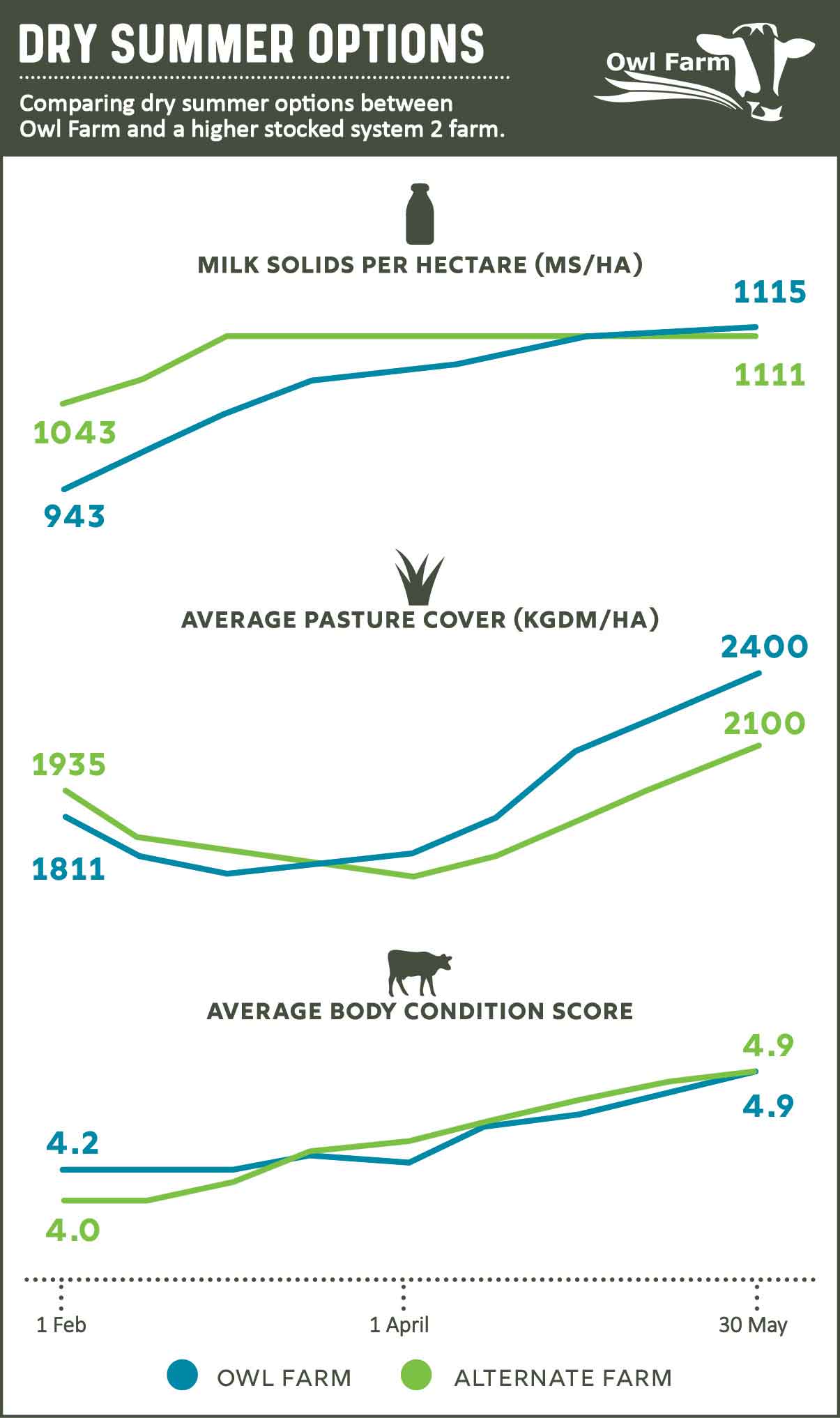 Flexible milking intervals are also a powerful tool in their kit for Owl Farm. They identified a group of young cows in the herd which required special management. These were put onto OAD milking.

They also kept a close eye on their young stock, which were off farm grazing, to check that they were hitting their weight targets.

Moving into 2020, conditions continued to worsen. Their summer crops, strategic use of supplements, and drying cows off became critical to preserving pasture and hitting cow condition targets.

They continued to use flexible milking intervals too. In early January they shifted to 3-in-2 milking, and then on February 10 the whole herd was shifted to OAD.

“Pasture and crop data let us know how much we had,” says Buckley.

“So looking at our pantry week-on-week, seeing how much we had to feed and how much we were growing, we could see we were well short on crop yield.

“That left a big hole, we couldn’t feed more PKE, because of FEI, so that meant we had to reduce our demand, or try and fill that hole. We did a bit of both, dried off a small mob first and bought in some silage.”

“That showed us that we needed to dry off 58 cows at the end of February,” she says.

March came and went without much rain. There was also a struggle to get cull cows off the farm.

Buckley says they decided to dry off a further 110 cows.

“This left us with a core mob of cows that only needed maintenance feeding; they already had good condition, or they were late calvers.

They also bought in an extra 35t baleage and PKE to add to their feed supply.

After a small amount of rainfall, March was also when they started putting their pasture renewal program into action.

By mid-March they had planted 47ha new pasture, and they were working on rebuilding existing pastures. Nitrogen applications began (they have a target of remaining below 150kgN/ha/year), and in April they applied ProGibb to selected pastures which were for feeding to the remaining milking herd.

“Staying flexible and responsive is key for us”, says Jo Sheridan.

“Identifying at risk cows and managing them appropriately, using flexible milking intervals, and getting culls off as early as possible are all important.

“But also having the flexibility to respond to changing conditions. Because we have a lower stocking rate we need to build in some flexibility for a good autumn.

“The risk for us is if we went for it until the end of March, then dried everything off, and then we had a massive recovery, we would have no flexibility to increase intake and we would have had no option but to make silage.

“Being lower stocked, the only lever we have to pull in a good autumn is our pasture intake. Whereas a higher stocked farm that relies on more supplement in the autumn has more room to play with.”

Come the end of April, the farm is heading into winter on a positive trajectory, the pastures are recovering, and the herd is on the way to successfully achieving its BCS targets.

Sheridan is quick to point out that their approach is just one of many that have resulted in an acceptable end to the season - as the diagram of a comparison of Owl Farm to a farm with a different system in the Waikato shows.