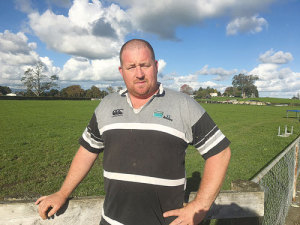 Dairy farming has changed much in recent years and career progression is not as straightforward as it used to be.

But some young farmers are still using sharemilking to advance in the industry, though farm ownership may no longer be their final goal.

Aaron Robertson and Tania Balsom are one such young couple, now in their fifth season 50:50 sharemilking about 200 cows, near Walton, Waikato.

The challenges of sharemilking suit this couple to a tee, Robertson says.

“Everything you do out there affects you 100%. So if you do it right you reap the rewards. It goes the other way too: if you make a mistake it is all on you; you learn and you carry on. It has its moments but I wouldn’t chuck it in.”

Robertson knew early on that he wanted to go farming. He grew up in town but visiting his grandfather in the country set the seal on his career choice.

“I always had a thing for being outside. When I met Tania we had a go at goat farming, then bull leasing, but neither were quite right, so we decided to go dairying and we haven’t stopped since.”

The farm has been in the Scott family for almost 100 years. Doug Scott, the owner, is now in a rest home but he still makes occasional visits.

“When Doug comes he talks about what happened 40-50 years ago which is cool,” says Robertson.

Robertson and Balsom like the smallness of their farm business and the flexibility it offers. “I don’t want to increase our cow numbers,” says Robertson. “I enjoy having a one-man unit and I don’t want to have staff.

“It can be difficult at times, but I can always call on family and friends to help and the parents-in-law live close by which is helpful. And because we go once-a-day [milking] from Christmas we have time to do things with the kids, and we can be there to pick them up from the school bus.

“It is tough for a small farm to hang in, but you’ve got to work smarter,” says Robertson.

Their entry into sharemilking was made possible by a loan from Balsom’s parents and one from the bank.

“That was the easy part,” says Robertson. “Then we had to find a herd and a job.

“Now it is a struggle with high debt, but we manage our budget to make it work.”

To make ends meet Balsom works off-farm during the quieter part of the season.

They are sold on the benefits of getting together with other smaller herd farmers at SMASH events.

“We were getting pamphlets in the mail and we had always intended going, so we thought ‘Let’s make a day of it’. When we got there we thought, ‘this is the best thing’.

“We have gone off discussion groups because they tend to just look after our little district, mainly people checking up on what the neighbours are doing. But SMASH events are different: we get a lot more from them. It is good getting out of the area too.”

When Robertson and Balsom are out of their home area they find that people tend to be more open.

“They talk to us because they are not our neighbours,” says Robertson. “And we can talk to them because they don’t know us. Going out of the area you can drop your guard and talk to someone without being judged too much.”

Robertson and Balsom had big problems with facial eczema last year, so bad that the petfood phone number became the first one to appear on Robertson’s speed dial.

However, since then they have been to a SMASH event in Reporoa which focussed on preventing facial eczema and now they have a comprehensive management plan.

“It was good to talk to Emma Cuttance, the guest speaker; she was the most on-to-it person on that subject. That helped us to decide where we were going.

“We went with zinc bullets early. We bought them through FarmSource using a spread payment and we got a sharp price. People said it was expensive but when you are rolling out petfood once a week you can justify spending a bit more money.

“The water system wasn’t working and we can’t drench so it had to be the bullets, and hopefully it has worked.”