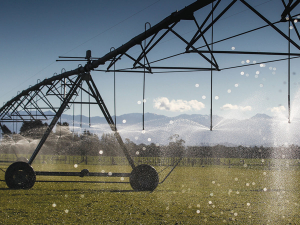 Irrigation NZ says the recent announcement of $30.6 million in Provincial Growth Funding for water projects in Hawke’s Bay will be critical to support the region’s continued prosperity and wellbeing.

“Water drives the Hawke’s Bay economy and it is critical to people’s wellbeing and the region’s prosperity,” says Elizabeth Soal, IrrigationNZ chief executive.

“Both Hawke’s Bay’s agricultural production and its tourism sectors are reliant on having secure access to water to enable horticulture and viticulture to flourish.”

The region currently faces a number of challenges around water security and a changing climate will result in more frequent droughts and more variable rainfall will affect both urban and rural communities. “This means that we will need to rethink how we manage water and draw on new tools in the future,” says Soal.

“It is very exciting that this funding will support research into managed aquifer recharge in Central Hawke’s Bay. Managed aquifer recharge is widely used overseas and has been very successful in replenishing aquifer levels. Alongside this there is funding for an aerial electromagnetic survey of Hawke’s Bay aquifers to improve our understanding of groundwater depth and capacity.”

$12.9 million has also been allocated through the Provincial Growth Fund to investigate options for small-scale water storage to supplement water flows in and across the Heretaunga Plains.

“Hawkes’s Bay is one of our most productive regions and is our largest apple producing region, as well as our second biggest wine and vegetable growing region. We know only a small percentage of land is suitable for horticulture in New Zealand and there are significant areas which are under pressure from urban expansion. It’s critical that we ensure that good horticultural land can be fully productive by ensuring that there is a secure future water supply,” says Soal.

Soal says studies of irrigation development in other regions in New Zealand have shown that it results in higher household incomes, higher regional GDP, a boost in employment figures and that it also
has positive social benefits like increased rural school rolls and higher levels of home ownership.