When is the best time to dry off? 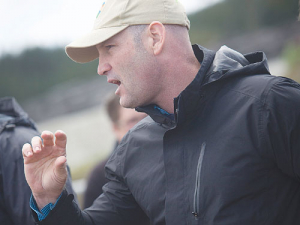 For the vast majority of New Zealand dairy herds it is dry off time, or at least rapidly approaching.

However, what governs the time to dry off for one particular farm system is most likely not to be the same for the neighbour.

Taking a simplistic look at a historical NZ dairy farm system, two things governed drying: calving date and a combination of BCS and pasture cover. Now the availability of cost effective off-farm sources of feed means this paradigm is no longer true.

On average the modern NZ dairy cow consumes about 1 tonne of purchased feed per year. This equates to about 3.5kg per day. This number is effectively much larger if you choose to include silage not grown on the platform and contract grazing in the dry period -- both effectively bought-in feed. Since many farms are still pasture-only, some cows are getting much more than the average.

What does this have to do with dry off date? Simply put, the date does not have to be governed by BCS and pasture cover as we can easily compensate for both problems with bought in feed.

What does this have to do with the cow? Many things. NZ milk per production per cow is growing at about 5% per year; an increase in average days in milk accounts for some of this increase in growth. But also, this growth is largely restricted to a proportion of this industry (what proportion of the industry it is, is unknown).

Therefore many of the cows in the industry are growing their milk production and DIM at much more than the above 5%.

If we were to assume that there is 100kgMS difference between both groups, we can make the basic assumption that the higher production herd has an extra $600 of income per cow. Some of this will be spent on bought-in feed, but some also needs to be spent on better nutrition.

One of the reasons for this is that cows that have longer DIM basically get much less of a holiday. In the low production system cows can replenish the different storage organs in readiness for another season, namely fat, muscle, bone and the liver. Within these storage areas the cow deposits such nutrients as energy, protein, calcium, phosphorus, vitamins, trace minerals and beta-carotene.

When we nutritionally program (basically feed more) our cows to produce more milk and milk them for longer we need to replace these elements because the cow spends a greater proportion of the year putting them in the vat and not on her back.

What happens if this is not done? Simply put, you won’t have your cow for very long; she can only give so much.

Systems that don’t put back what the cow takes out have much higher proportions of culling and wastage. In extreme cases, like feeding fodder beet without appropriate nutrient supplementation, the wastage factor is now factored into farm budgets.

What does putting back look like? In most cases it means supplementation of non-pasture based feedstuffs with appropriate minerals and vitamins during lactation or whenever she is consuming an unbalanced diet (i.e. fodderbeet).

Also, well fed cows aiming to produce their body weight in milk solids will face challenges at calving due to the large amount of milk they are programed to produce. A well formulated transition program that is aimed at preventing metabolic disease is the most effective way of reducing wastage in a dairy herd.

One other thing to consider is the cost. Low producing herds cannot and should not be spending lots of money on supplementary feeding of meals or micro nutrients. However, if milk production is going to be dramatically increased the micro-nutrient component will typically cost about 10% of the increase in milk revenue. On top of this the extra feed cost may be as much as 40% of the increase in milk revenue. Sounds a lot? Yes, but it is still a return of 2:1 and I am yet to see my bank offer that.

When it comes to drying off this year (if you have not already) you should evaluate your dairy system and whether your timing was for the right reason.

If you are running a low production pasture system, then stick to the rules behind pasture cover and BCS. But if you are aiming at body weight production, maximise the productive unit (the cow) in a healthy way.

• Joe McGrath is a nutritionist with Sollus.