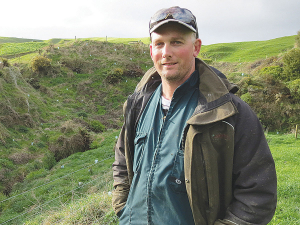 Do you value your workers and is their wellbeing your priority?

Most farmers are good employers and to celebrate this, industry stakeholders have launched the Good Boss campaign.

The campaign has a simple objective – to celebrate dairy farmers who are good bosses and think about ways to be better bosses.

With 11,500 dairy farming businesses and most employing someone to help run the farm, the campaign is timely.

However, like every other sector, not everyone in the dairy sector turns out to be a good boss.

“I drove seven hours back from Kerikeri on Friday to look after this farm for three days. The owner got the cows in on Saturday morning and then left. But because he got the cows in, I don’t get paid ‘sole charge’ rates. Instead I got $40.”

Most farmers, who responded to the story on Twitter, slammed the farmer.

By any imagination, that doesn’t sound like a good boss at all and surely isn’t a reflection on other bosses in NZ dairy farming.

Federated Farmers dairy chairman Chris Lewis says most people can tell you a story about having worked for a bad one.

“They are memories that linger. They are stories that get shared about the pub and now sometimes on social media.

“As a sector we currently don’t have enough people who want to work on our farms. We are short staffed. Many of us live and feel the impacts of this every day.

“Without our 4000 odd (highly valued) migrant workers on temporary work visas we would be stuffed, cows would not be being milked.

“There are of course a number of reasons we can’t find enough capable employees – socio economic policy, urban migration, generational expectations etc. Some of these things are outside our control. But the thing that is inside our control that would make a difference – being a good boss.”

The Good Boss campaign is a great start: let’s hope it delivers a sector of good bosses.

GoDairy campaign back on the go

The dairy industry is making another push to attract workers to staff-strapped farms.

New Zealand dairy farmers continue to play a key role in a post-Covid economy as a sustainable producer of milk for the world.

Farmers want stakeholders to work together

DairyNZ says it will work more closely with other industry stakeholders on major issues facing farmers.