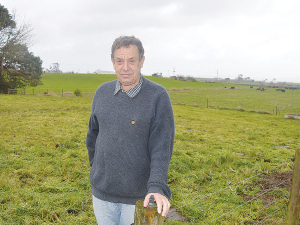 Like other countries, New Zealand should be compared to a three-legged stool when it comes to setting policies and policy direction.

The three legs of the stool would represent social, environmental and economic direction with each and all of them being interdependent.

It should be taken into account that ideological concepts are based on a concept of ‘natural’ that is not always based on reality.

We need to set national standards that will allow New Zealand to have good social policy and outcomes, protect our natural environment and also to grow our economic base. Like any three-legged stool it will fall over if the three legs aren’t equal. The same goes for New Zealand directions and policies.

You can see unrest around world and in New Zealand because, like the three-legged stool, direction around social, environmental and economic policy isn’t balanced.

The unbalanced three-legged approach that New Zealand is taking is putting stress on the people who produce products for the country to sell on the world markets, which enables the New Zealand public to maintain a standard of living that many other countries don’t have.

Both central and regional governments have set very high environmental standards that are designed to satisfy the lobbyists and other organisations that they are doing everything in their power to protect the natural environment.

These high standards, due to both their compliance levels and also their rapid enactment, are becoming some of the main drivers making our economy not perform to the standard that is required to give the majority of New Zealander’s the life style that they want.

Our environmental standards should be derived from good science and standards that are set and used internationally, not some ideological based higher standard. We need to realise that we may think New Zealand is a world trend setter, but we are but one small spoke in a wheel and others who have more spokes in this wheel wouldn’t even realise if our spoke fell out of the wheel – it would keep rolling on. So we need environmental standards that will fulfil our needs not the world.

The public needs to be involved with setting environmental standards but we need to use good science in helping to set these policies.

If the market place wants a higher environmental standard, let the industries set those standards then police those who produce those products, based on good science.

If we need higher standards set to protect the natural environment then we also need to have good sensible policies put in place that allow this to happen.

The market would then have to pay the higher prices required by asking for higher standards, so the producers can be financially compensated for having to meet these. This requirement for the producers to be compensated for having to meet higher environmental standards means that the security of food production and supply (and therefore social outcomes) within New Zealand can be maintained.

The people of New Zealand have become disconnected from reality and they have to realise that we need balanced policies around social, environmental and economic direction (three-legged stool) using good science and common sense for New Zealand to perform to a required standard to meet the expectations of the public.

• Peter Buckley is a Waikato dairy farmer and board member of Primary Land Users Group.

Ratepayers deserve the right to fire their councils

The right to elect should include the right to eject, explains Jordan Williams, executive director of the New Zealand Taxpayers’ Union.