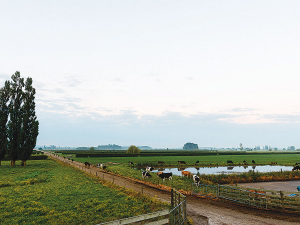 DairyNZ has confirmed that a 15% stock reduction was not a recommendation of the Climate Change Commission.

Quite rightly, they are keen to know what’s in store for them and DairyNZ has been fielding calls from farmers.

The Climate Change Commission was formed alongside work to set the country’s climate targets (including biogenic methane targets). The establishment of the commission is legislated under the Zero Carbon Act 2019 and its main purpose is to provide evidence-based advice on climate issues.

Under the Act, the commission is required to deliver advice on setting emissions budgets across the entire economy to government. This advice has implications for all sectors of the economy, including farming.

The draft advice released by the commission also sent rumour mills into overdrive. One ‘recommendation’ bandied about is that the advice calls for a 15% reduction in cow numbers.

DairyNZ confirms that this isn’t a recommendation made by the commission – although they did model this as a possibility in the future.

What the commission has actually recommended is the Government introduce policies that will reduce barriers to conversion to lower emission land uses. If stock numbers were to reduce, this would not be a blanket rule across all farms and would be more likely to be driven by some farmers choosing to convert to other land uses like horticulture.

Land use change, for example, from dairy to horticulture on flatter and more productive land, could reduce biogenic emissions per hectare. However, it could also cause water quality to deteriorate due to the increased use of fertiliser, and consequential nitrogen and phosphorus losses.

Nutrient losses would vary depending on the crop, the site, weather conditions, the soils’ physical and chemical properties, and how the land is managed. Increasing the area of horticulture could also increase water demand. The commission says that in light of the physical impacts of climate change, this increased need for water would need to be weighed up when considering converting to horticulture as a climate action.

The report also talks about pushing harder to get solutions from science and technology something farmers have been pushing for too.

The commission has opened public consultation on this draft advice for six weeks, from 1st February to 14th March 2021. It will then consider any submissions on the draft advice and finalise advice to the Government by 30 June, 2021.

The commission says every New Zealander will need to play his or her role to help the country combat climate change.

Farmers are ready to play their part.

DairyNZ says it has put a number of suggestions to the Government about how the sector could manage labour needs and health risks caused by the Covid-19 pandemic.