Flocking back to pasture-fed cows - Editorial 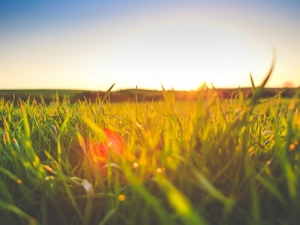 The grass-fed model has greater consumer appeal and in some ways this latest blip may yet prove to be the saviour of the dairy industry – not its demise.

While Fonterra seems to be putting a brave and optimistic face on the economic headwinds facing the dairy industry, the cooperative's optimism and the bare facts don't seem to align.

The reality is most other commentators don't share this optimism and the fact that Open Country has dropped 30c off its pay-out forecast tends to back that up.

In terms of real credibility the views of Ian Proudfoot, the global head of agribusiness for KPMG who is probably the most clued up commentator in NZ, have to be taken seriously. He has his finger on the pulse internationally and understands the economic and political dynamics better than most.

Back in the 1970s and 80s we had what were called 'milk lakes' in Europe as EU subsidies encouraged farmers to produce more milk than consumers wanted.

Price to farmers was the driver and in a sense history is now repeating itself. Farmers worldwide generally regard success as how much they produce and how many animals they run on their farms.

Go to any DairyNZ field days and the question of profitability is seldom discussed.

New Zealand along with 124 other countries regard China as their major market and let's be frank, the Chinese economy is a bit of shambles. Their stock exchange is a mess and the valuation of some companies is bordering on fantasy.

The result is that growth has slowed and with it consumption of food exports such as milk powders. To add to the woes the European economy is not that flash either.

This is not the global financial crisis of a few years ago, but it's not a wound that is going to be healed overnight. It is hard to argue with the view of Proudfoot that there is at least another 18 months of low prices ahead for the dairy industry.

But even when this is over, don't expect an instant recovery. We know that when a severe weather event is over, it can take years for things to get back to whatever normal might be and the dairy boom and bust will be the same.

It is important to be positive. There is a sense that dairy farmers are recalibrating their businesses and developing much more sustainable models based on near all grass-fed animals.

The grass-fed model has greater consumer appeal and in some ways this latest blip may yet prove to be the saviour of the dairy industry – not its demise.