How to assist farmers 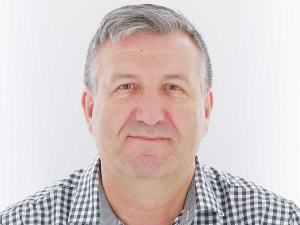 OPINION: Collectively we must support farmers to become sustainable.

A recent report by the New Zealand Institute of Economic Research showed that the dairy industry contributes $17 billion to the NZ economy.

The report also showed a 70% increase in export earnings per cow since 2001.

Dairy has the highest average salary amongst agricultural industries and is a top ten employer in half of New Zealand territorial authorities. The dairy sector’s economic activity also supports the regional economy, delivering 10% of GDP in Waikato, Southland, West Coast and Taranaki. It is the second largest contributor to economic activity in Northland and Manawatu, and the third largest in Canterbury and Bay of Plenty.

The dairy industry in New Zealand is not immune to challenges, however. A recent outbreak of Mycoplasma bovis, a disease which can cause mastitis and abortions in cows, led to 80 farms being tested positive for the disease.

Dairy farming is also impacted by the same set of variables that affect the agriculture industry as a whole: droughts, floods, storms, and fluctuating demands in its product.

The rise in plant-based milks is probably the newest threat and one that looks set to continue as the vegan movement rises across the globe. Forbes and The Economist have called 2019 the year of the vegan and the global vegan food market size is predicted to be worth US$ 24.3 billion by 2026.

In addition, dairy farmers are now expected to be conscious about their environmental impact. PM Jacinda Ardern recently announced that Kiwi farmers have a five year window to reduce their carbon emissions before the Government introduces financial penalties, potentially adding further stress to already overworked farmers. Ardern’s Zero Carbon Bill was passed in early November, with the aim of New Zealand being carbon neutral by 2050.

Waterway pollution, as a result of phosphorus and synthetic nitrogen fertilisers, is also hot on the agenda. The Government recently announced it would spend $12 million to help support farmers and communities clean up New Zealand’s waterways.

An Environment Ministry report in 2014 revealed that roughly 60% of New Zealand’s waterways are unfit for swimming and experts say water quality has deteriorated further since. Moreover, in a recent Colmar Brunton survey, 82% of respondents said they were “extremely or very” concerned about the pollution of rivers and lakes, more than any other issue including living costs, child poverty and climate change.

Clearly, farmers are behind the movement to make New Zealand more sustainable. A recent survey by Nielsen Research, which was commissioned by the Ministry for Primary Industries through the Sustainable Land Management and Climate Change Research programme, revealed that 92% of farmers are focused on making their farm more environmentally sustainable, up from 78% in the last survey of 2009.

Dairy farming, despite it being one of the biggest contributors to the New Zealand economy, isn’t without its challenges. It has now been presented a fresh hurdle in the form of the Government’s new environmental regulations.

Collectively we must support farmers to become sustainable. Farmers are onboard and actively want to be more sustainable, some 92% of them in fact. So it won’t be resistance or a want of trying that leads farmers to fall short of the Government’s climate emissions reform expectations. It’ll be that they haven’t been sufficiently supported.