Is dilution part of the solution? 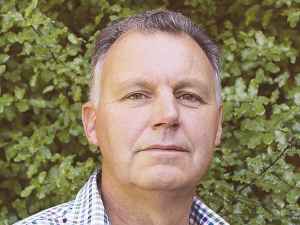 OPINION: Despite what DairyNZ says, increasing production per cow or hectare can help to dilute costs and increase profitability.

The February mythbuster article in (DairyNZ’s monthly publication) Inside Dairy questions whether dilution is the solution and cast a bunch of aspersions on whether increasing production per cow or per ha would dilute costs and improve profitability. It also questioned whether higher production made it easier to repay debt.

There is no question that increasing production per cow dilutes the cow’s maintenance requirements on a per kg milk solids (MS) basis and as long as the extra milk produced adds to the profit, it will increase the overall profitability. Each additional milk solid may cost more to produce than the previous MS, but so long as it still adds to the profit, one should keep increasing production.

The notion that all MS produced cost the same average farm working expense (FWE) and that lowest average FWE/kg MS maximises overall profitability is an incorrect concept unique to the NZ dairy industry. The average FWE per MS is not the same as the marginal cost or the cost to produce the additional MS.

Furthermore, farm working expenses do not include interest which is now the biggest single cost item to the indebted NZ farmer. I regularly see farmers switch from low input systems with lower FWE/kg MS but with the highest interest cost per MS, to higher input systems.

Other costs are mainly determined by the number of cows. These costs tend to be affected more by the number of cows rather than production per cow. Examples are wintering costs, grazing and calf rearing costs, animal health, breeding and arguably most of the wages unless using a contract-milker. These costs can also be diluted on a per MS basis with improved production per cow.

The Mythbuster article refers to published data that shows that "most overheads increase with increased use of supplement, so no win there, either." This is very misleading.

The Irish data* referred to, showed that the costs PER HA did increase with increased use of supplements, in fact, the other variable costs increased 1.53 x the cost of the supplement on a PER HA basis.

The scientists conveniently ignored the other half of the story. Increasing use of supplements also increased production, in fact from 9,401 L per ha to 11,736 L per ha.

The so-called hidden costs that increased by 53% on a /ha basis, did not increase on a /L basis and remained constant at 16c/l. The only costs that changed on a per L basis was the cost of the extra feed. Any increase in variable cost on a per litre basis was insignificant and more than offset by the extra production.

The conclusion that hidden costs will rise by 50% or more than the cost of the supplement (on a per MS basis) is therefore totally incorrect and unfounded.

If the additional MS adds to the profit i.e. costs less to produce than the milk price, it will add to overall profitability. I will pay to increase production even if the average FWE/kg MS increases. This is the basis of the economic principle known as marginal analysis. How these basic economic principles have been ignored in NZ for so long, is a complete mystery.

If supplements are used correctly, to improve production per cow rather than carrying more cows, dilution will most likely be part of the solution. This has been my experience in the past 30 odd years no matter the country.