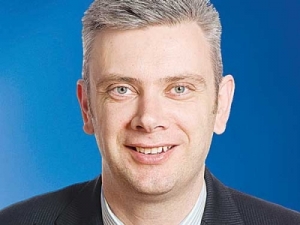 The Irish government and businesses there are mounting "an aggressive campaign" to persuade Britain to stay in the EU.

"It's important to realise that close to 50% of Irish food exports and general trade is with the UK and, of course, they share a border," Proudfoot explains. "If Britain does leave the EU, Ireland and the rest of the 27 EU countries have just a two year window to do a trade agreement with the UK, which is challenging, especially given that it took eight years to get the TPP together. This represents a huge risk to the Irish economy.

"Equally the devaluation of sterling that would follow should Brexit occur would be a real problem to them because sales would be worth less and the profitability and viability of Irish industry would come into question as well," he says.

Proudfoot explains that when Britain joined the EEC (so called in 1973) NZ was free to make its own policy changes in trade. However, the Irish can't do a direct deal with the UK because of EU regulations. This has Ireland very worried.

When the EEC was formed in 1957 there were just six members; Ireland and Britain joined in 1973 bringing it to eight. Today there are 28 members, some with dysfunctional economies and variable political systems, all combining to make quality decisionmaking close to impossible.

Proudfoot says there is a compelling argument being mounted in Britain in favour of it exiting the EU based on the problems cheap labour from Eastern European nations is causing the UK economy. This cheap labour is keeping the minimum wage low and is supressing the economy. He says Britain wants greater control over immigration and that is one of the key arguments in favour of Brexit.

Build more and be damned!

Water storage is one of the keys to helping rebuild NZ's economy in the wake of COVID-19, says Ian Proudfoot, KPMG’s Global Head of Agribusiness.