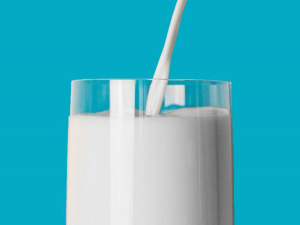 Whereas liquid milk consumption may be declining, the production of value-added products is increasing.

Milk consumption in the United Kingdom has dropped by just under 50% since 1974.

The fall in UK’s per capita consumption of milk is greater than in the US — it experienced a reduction of 40% of per capita liquid milk consumption since 1975.

The UK findings were reported within an analysis by the Agriculture and Horticulture Development Board (AHDB).

According to AHDB, despite 98.5% of UK households still buying milk to drink, the average per capita consumption has fallen from 140 litres per year (2.7 litres per week), to just 70 litres (1.4 litres per week).

But it’s not all doom and gloom — AHDB reports that value-added dairy products like cheese are experiencing growth.

AHDB says that the volume of milk going into UK cheese has increase by 1.09 billion litres in the past ten years.

In contrast, the volume of milk going into liquid manufacturing has dropped by 720 million litres in the same timeframe.