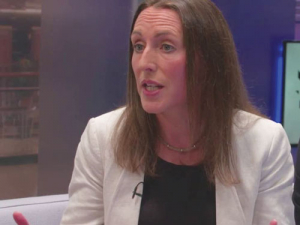 Speaking at BVA’s annual London dinner in Westminster last week, she said many members are concerned about the threat Brexit poses for UK animal health and welfare.

“Yet we can also see the opportunities Brexit presents, and BVA is determined to work with the Government to seize these opportunities, where they exist, to improve standards.

“The veterinary family – which is my focus as BVA president – is part of the international scientific community, and we are a diverse profession with far-reaching influence and impact in many areas of political and public life .... A healthy veterinary workforce is vital for UK animal and human health.”

The residence or working rights of UK-based EU vets will be a ‘top five’ priority for the profession in forthcoming Brexit negotiations.

Ravetz says many have felt the impact of the EU referendum result since day one.

“That’s why our first action after June 23 was to call on UK governments to protect the status of EU veterinary surgeons and veterinary nurses now living and working in the UK. It was encouraging to see some of these key priorities… make it into the Prime Minister’s list of negotiating priorities.

“But we have said from the outset that our members need certainty and reassurance, so we urge the Government to make that firm commitment now.”