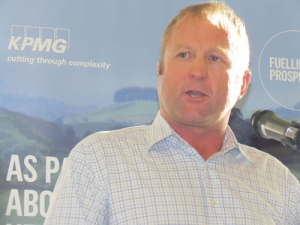 Guy Wrigley, Federated Farmers arable industry chairman, said the prospect of plant-based protein foods should not be cause for alarm.

A new survey reveals alternative proteins are both an opportunity and a threat to New Zealand.

For example, he says in Canterbury where land is suitable for red meat, dairy or arable production, alternative protein sources could easily fit into the farming mosaic.

“But in the meantime, we also have a very strong alliance with traditional protein sources that remain in demand, namely dairy, poultry and pork, which all rely on the arable sector for grain supplies.”

Bayleys national country manager Duncan Ross said the rise of alternative proteins should not worry farmers, but instead prompt them to consider getting other income as a result of those opportunities.

“Ultimately it is all about protein sources, and we may even see land that was once used for dairying or beef head into crop production for these products,” he says.

“[That could be] without necessarily suffering any loss in capital value or income reduction; in fact the opposite may be true in the long term as demand increases for these products.”