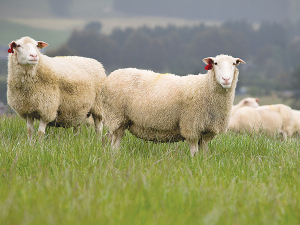 SMP saw the largest decline in price over the past month, followed by butter and cheese, as the Global Dairy Trade Auction chalked up its 7th consecutive fall in the last event in July. Importantly, prices remain elevated when compared to year-ago levels. The market fundamentals at this stage are broadly balanced. Rabobank’s current NZ farmgate milk price forecast remains at NZ$ 8.00/kgMS for the 2021/22 season – for now.

Across the Tasman, Australian milk production showed signs of uplift in May. National milk production rose 2.6% year-on-year in May, bringing season-todate output 0.8% higher on the same period last season. Every state recorded growth in May.

Exports from New Zealand to China for the month of June 2021 were remarkable. Over 300,000 tonnes of product was shipped around the globe: the largest export volumes for the month of June ever and follows on from exceptional milk production over the tail months of last season. Shipments to China for June reached new levels, with WMP exports 150% higher than June last year.

Total exports for the month of June 2021 tracked slightly ahead of 2020 volumes (+8%), with a reshuffling of key export destinations. Exports to the US and Canada were back compared to 2020 volumes for June (-24% and -77% respectively), but there was strong growth into Asia. Exports to Japan lifted +69%, China +52% and Indonesia +127% compared to the prior period.

Strong demand - particularly from China - in addition to less market competition from Australia have cumulated in elevated farmgate pricing in New Zealand. The strong demand for beef from the US is reflected in the US 95CL imported bull price (NZ$) matching the US domestic 90CL cow price (NZ$) since early March 2021.

RaboResearch anticipates that beef pricing will remain strong through to September, off the back of continued demand from the US and China. Although the US has come to the end of its grilling season and the stimulus packages have nearly finished, food service is mostly returning to normal and demand is steady. The limitation of beef exports from Argentina into China could also provide upside for pricing and demand for New Zealand beef.

Raboresearch expects the strong demand for New Zealand sheepmeat to continue into the spring, off the back of local procurement pressure and continued demand from key markets.

Farmgate lamb prices have reached an all-time high for the month of July across both the South and North Islands. The South Island achieved a peak lamb price of NZ$ 8.80/kg cwt at the end of July, whilst the North Island reached NZ$ 9.05/kg cwt. Across both Islands this was a lift of around 26% compared to the 5 year average for the same week.

US demand for lamb is recovering well post COVID with exports more than doubling compared to lockdown impacted June 2020. Total New Zealand shipments of sheepmeat were slightly higher (+2%) for June 2021 compared to June last year, and well above 2019 export volumes for the same period (+30%). Export volumes to China eased slightly in June (-4%), however exports to the US grew strongly (+121%).

RaboResearch anticipates farmgate returns will hold over the coming months. We expect demand from key markets will remain strong, in addition to procurement pressure as a result of lower sheep flock numbers off the back of severe droughts in many regions over the past few years.

We expect that high fertiliser prices are here to stay, for at least the remainder of 2021.

While we are not at the finish line yet, from an inputs perspective, the 2021 winter season can be characterised by high prices and tight supply, which prompted farmers to secure supply of their inputs early. This year alone, global urea prices have increased between 60-70% and DAP prices have increased 55-75%, in US$ terms, while ocean freight prices are adding as much as 10% to the farm gate cost. Shipping times have also blown out, adding delays and uncertainty.

Looking forward, we expect that current price levels could prompt farmers across the globe to buy only minimum phosphate requirements for the next season. However, any impact reduction this brings to demand, and therefore price, is likely to be short lived.

The RBNZ up a gear in its hawkish stance during July, but the NZ$ moved up by less than 0.3% by the end of the month. This new gear involved the halting of the RBNZ Large Scale Asset Purchase program and continued concern about inflation. This has increased speculation there will be a lit in the cash rate before the end of the year (and despite the RBNZ’s own forecast that the first change in the official cash rate since March 2020 will be lift in Q3 2022).

However, US CPI data for June, and released in July, exceeded expectations and put the market’s focus back to the likelihood that the US Federal Reserve will begin tapering its asset purchases sooner rather than later. Together with broad-based US$ strength, any strength the NZ$ might have seen this month was muted showing being hawkish is relative.

The RBNZ remains more concerned than most of its peers about the risks of persistent inflation, noting it is “expected to build over time due to rising domestic capacity pressures and growing labour shortages”.

With the RBNZ having already acted on this, and a case for a rate rise building, we see some modest appreciation of the NZ$ back towards 73USc on a three-month view, and further upside on to 74Usc in 2022.