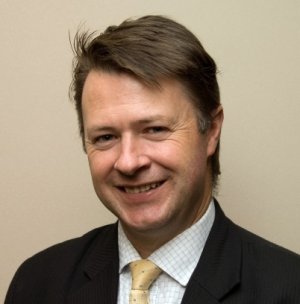 Rabobank New Zealand Ltd (RNZL) continued to build its rural banking business in 2011, recording net lending growth of $724 million, despite a contraction in the total rural debt market over the same period.

"Many farmers took the opportunity to repay debt and consolidate their financial position in 2011, with a combination of high commodity prices, a good season across much of New Zealand and low interest rates," he said.

Russell said Rabobank was "very pleased with the rural portfolio growth as it reflects the strategy and ambitions of the bank within New Zealand".

"Rabobank has pursued a strategy of sustainable growth in both rural lending and retail deposits in recent years and good progress was made on both counts," he said.

Rabobank made significant investment in its rural banking and RaboDirect businesses in 2011 with overall expense growth of 18% reflecting recruitment of new employees, re-development of critical banking systems and an upgrade of its branch network and premises.

"This had included the opening of two new branches – Wanganui and Morrinsville – and relocating to new premises in Wellington, Auckland, Whangarei and Oamaru," Russell said.

RNZL posted a net profit after tax (NPAT) of $53.8 million, down from $72 million in 2010, reflecting these increased expenses, along with tighter net interest margins and a number of one-off factors contributing to the higher 2010 year's results.

Russell said all profits earned by Rabobank New Zealand were retained and reinvested in the local market. From a risk perspective 2011 was a positive year, Russell said, with overall impaired assets remaining stable despite the strong portfolio growth, and loan provisions falling from $34.7 million to $32.7 million, including an increase in collective provisions due to the bank's exposure to the kiwifruit sector.

Rabobank New Zealand's cost to income ratio of 46.4% while higher than 2010, reflected the increased investment and remained comparable to major banks in New Zealand. Other achievements for the year included market-leading levels of customer satisfaction and significantly-increased levels of brand awareness.