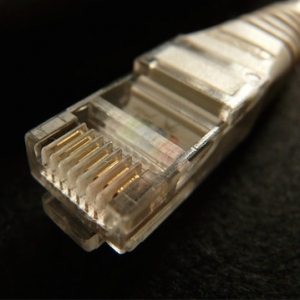 POLICY WORK on the $150m extension to the Rural Broadband Initiative (RBI) announced just before the election is now being carried out, says Communications Minister Amy Adams.

The new funding includes a $100 million contestable fund for further extension of broadband services into rural areas outside of the Ultra-Fast Broadband footprint and a $50 million Mobile Black Spot Fund, Adams explains.

She told Rural News it is too soon to know what form the improved services will take and/or the price for these services. “A range of possible options will be looked at including how the provision of internet to those in remote areas could be improved or supported.”

When she announced the deal, Adams said it would extend the number of rural customers which could access faster broadband. It will be financed by a three-year extension of the Telecommunications Development Levy – the levy on telecommunications companies.

RBI is a government initiative launched in 2011 to bring faster broadband to 252,000 rural households. Through RBI, Vodafone is building new wireless towers and upgrading existing ones for fixed wireless broadband service and improved cellular coverage for rural areas. Chorus is bringing new fibre to 799 rural schools and the 154 RBI wireless towers.

The latest update shows upgrades are now available to 230,000 households. However, questions have been asked by Labour’s telecommunications spokesperson Clare Curran and analyst Jonathan Brewer about the uptake, particularly of wireless RBI.

Both believe it is low, but say it’s hard to get figures. In answer to questions from Curran in Parliament in July, MBIE Minister Steven Joyce said the uptake for the RBI package fixed line, which includes fixed wireless, is 22.6% -- about 57,000 rural homes and businesses. The wireless Rural Broadband Initiative has only about 6000 users

Labour’s communications spokesperson Clare Curran says there’s a low awareness of RBI and she believes there should be much stronger marketing. While she applauds the extension of services announced before the election, she hopes it is a truly contestable fund with smaller internet service providers having a fair chance. Curran says she hopes it is not just a “slush fund” for the bigger players –  Chorus and Vodafone – to further extend their RBI services, some of which she claims are “substandard”.

However, Adams says the Government is satisfied with the uptake rate given the roll-out is continuing. She adds that consumers in a number of areas now have added choices of providers and services, and access to better mobile coverage.

“As competition increases across the New Zealand broadband market we are seeing larger data caps and a variety of packages at different price points becoming available.

Telecommunications consultant and analyst Jonathon Brewer says for the first year of service RBI wasn’t great and that didn’t help the uptake.

However, he says smaller providers outside of RBI claim to have thousands of customers between them.

“There are local and regional options from more than 20 small wireless ISPs that can offer better service at the same price as RBI,” he claims.

Brewer analysed broadband in New Zealand looking at the cost compared to recommendations from UNESCO and another UN organisation, ITU – that it ideally should cost no more than 5% of the median income of a country.