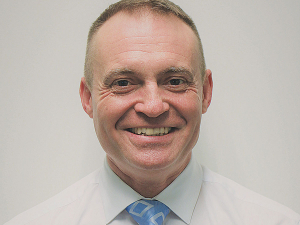 A closer watch will be kept on the NAIT accounts of farmers and NAIT users who choose not to record or confirm livestock movements, warns OSPRI.

While more farmers are seeking help to get their accounts up to date, they must do more work to reconcile accounts where movements have not been completed.

“There is no silver bullet to fix outstanding or unresolved livestock movements in the NAIT system. But we are patiently working through those historical issues with farmers where movement records are incomplete,” says Kevin Forward, head of NAIT.

Compliance and enforcement are jointly managed by NAIT Ltd and the NAIT compliance team at the Ministry for Primary Industries (MPI) as prescribed in the NAIT Act 2012.

Farmers and persons in charge of animals (PICAs) showing poor engagement records with NAIT are first issued with a notice to remind them of any unrecorded or unconfirmed movements in the NAIT system.

As the management agency for NAIT, OSPRI’s priority is to ensure farmers understand their NAIT obligations and if necessary guide and support them in updating their accounts, says Forward.

“NAIT monitors their response and actions to see if they are making any changes. If they aren’t, NAIT will escalate the situation with MPI and NAIT inspectors will be alerted.”

MPI has 30 NAIT-authorised officers in the field to assist with compliance activities; their work may include visits to saleyards and meat processing plants.

While the Mycoplasma bovis response and assisting MPI has been the primary focus, Forward said NAIT is making progress with long-standing issues related to incomplete movements found in the NAIT system and actioned by farmer queries.

“We acknowledge there are inconsistences going back several years but this accounts for generally around 2% of incomplete movements in a given year.

“Seen in perspective, at least 51 million movements have been recorded in the NAIT database -- 3.6 million were recorded this past January.”

“We’re giving farmers and PICAs every opportunity to get their NAIT account sorted. We’ve also rolled out an extension and education campaign to support all NAIT users and the NAIT team will be present at the regional field days,” says Forward.

Farmers who choose to ignore NAIT will be identified and referred to MPI’s NAIT compliance team for follow-up.