Should hoggets go to the ram or not? 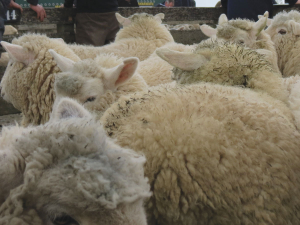 Decisions need to be made before putting hoggets to the ram about a ewe’s lifetime production.

Despite the potential advantages of mating hoggets nationally, only about one third of these young ewes are put to the ram each year.

However, before doing this, farmers must set out some guidelines for deciding whether to put their hoggets to the ram and how to produce any extra lambs without sacrificing a ewe’s lifetime production.

Managed correctly, hogget mating has the potential to enhance the productivity and profitability of the future ewe flock. But the opposite is also true.

Not all farmers will be able to breed from their hoggets and for those that do, it should be a flexible policy based on feed availability.

Farmers should only consider mating hoggets when:

The Legacy Sale, dedicated to family and destined to give back, has done just that.