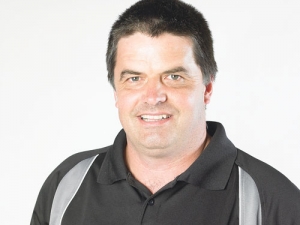 Farmers are being urged to exercise caution when transitioning cows from pasture to brassicas and fodder beet.

DairyNZ’s Southland regional leader Richard Kyte says the key message for farmers is “be cautious when transitioning cows on to brassicas and fodder beet”.

“When allocating swede crops, we’re advising farmers to be cautious if they see the plant showing signs of developing flowerhead, which increases GSL content, or if leaf regrowth is occurring.”

About 200 cows died and others became became ill after eating Swedes, a common winter feed crop in Southland.

As part of its study into the mysterious deaths, DairyNZ interviewed 134 affected and unaffected farmers and 34 graziers. This followed a short survey of all dairy farmers that generated about 400 replies. Analysis of all the survey data is nearly complete, says DairyNZ. Results will be available next month.

Kyte says it interviewed farmers across the region to learn whether farm management practices may have contributed to the problem.

“We had delays in getting the data from the field as farmers got busy just as we started approaching them for information.

“Until all this analysis is complete, we won’t know if we need to gather more background information. We are expecting to have the results of all this work released to farmers from mid to late May.”

DairyNZ has already released the results of its analysis of the blood and autopsy samples it collected from dairy cows. Those findings indicated that the cows experienced liver damage consistent with known liver damage associated with grazing brassica forage crops – except the visible signs of illness seemed more severe.

Meanwhile, the analysis of plant material samples taken from Southland swede crops last year as part of the DairyNZ study is taking longer than expected because of delays in getting the necessary testing equipment from overseas.

“The testing of the plant samples has proved a challenge for us.

“This has never been done before in New Zealand so we’ve had to organise an accredited commercial testing facility for glucosinolates (GSLs) – the compounds we are testing for in the swedes,” says Kyte.

“We needed the most up-to-date technology to… identify the issues with these swedes. The testing has to stand up to our high standards for scientific rigour.

‘We have identified 27 GSLs that could have contributed to the issues with the swedes and we had to develop benchmarks to enable us to measure them correctly. We also needed the right equipment in place.

“These have had to be sourced internationally from three countries and that took… much longer than we’d expected.

“Now that the equipment has arrived we can start testing and we expect that process to take around six weeks. So the analysis of the plant samples should be complete by the end of May and the interpretation of that data by mid-July.”

Kyte says the cross-sector industry advisory group that he chairs has released advice to help farmers make key decisions this winter on transitioning and managing crops to feed their cows.

“There’s already a lot of information on the DairyNZ website to help farmers – www.dairynz.co.nz/swedes.”

Down-cows who are unresponsive to normal metabolic intervention.

Photosensitivity. Signs of this include cows seeking shade, reddening of the udder and skin damage to white skin areas and restlessness shown by skin twitching, flicking of ears and tail, irritability and stomping.

Going into autumn, Beef + Lamb New Zealand is encouraging farmers to think about how they will manage their winter fodder crops – particularly in a year when feed resources are likely to be tight.