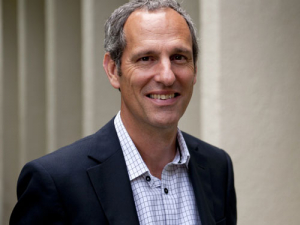 The SOE says it has acquired the shares of Brownrigg Agriculture, and Phil Tither, of AgFirst.

Farmax has been operating for 15 years and has already been used to add value to more than 5000 farm businesses in New Zealand and overseas. The software is used by farmers and their advisors to analyse, monitor and review farm operations to determine the production and economic outcomes of various managerial options.

Farmax’s head office is at the Waikato Innovation Park in Hamilton, although the team regularly run software training sessions across the country.

AgResearch chief executive Tom Richardson says the move is aligned to AgResearch’s ongoing development of digital tools that support decision-making by farmers and their advisors.

“We are making significant investments into digital agriculture, and we know many farmers are already using technologies such as sensors connected to their mobile phones or devices to monitor their farm operations,” Richardson says.

“There is enormous potential for uptake of new tools alongside digital platforms that can bring together and analyse large amounts of data from different sources across the farm to guide decision-making. Farmax is already widely used and we think there is tremendous potential to expand its reach.”

“That’s why it is a natural fit for us to expand our ownership in Farmax which has long been seen as a vehicle for taking more of our science to farmers. We will be looking to leverage our sector-wide science knowledge and expertise to ensure Farmax’s reach continues to grow, and to meet the rapidly evolving needs of the industry and our communities.”

Farmax general manager Gavin McEwen says the new ownership structure will not lead to any immediate changes for the business.

“We are grateful for the support and guidance we have had from Brownrigg Agriculture and Phil Tither over the past 15 years and we will remain connected as valued clients of Farmax. We look forward to AgResearch’s increased input so we can continue to find ways to develop Farmax in order to support the agricultural sector’s sustainable growth.”

Richardson says the relationship with the outgoing owners had provided many opportunities.

“It's been a real pleasure of mine to work with David Brownrigg and Phil Tither and the dedicated Farmax team as we significantly increased the capacity in the business, expanded Farmax offerings and positioned Farmax to be even more impactful for its users.”

David Brownrigg, of Brownrigg Agriculture, says it has been a rewarding relationship over the past 15 years, and he has been proud to be part of Farmax’s growth.

“Farmax is a very valuable tool for our business and sits at the centre of our pastoral farm operations’ decision making. We remain champions of the product and look forward to further enhancements under AgResearch ownership.”

Phil Tither says he is proud of what Farmax has achieved.

“The benefits to farmers using the systems are clear and have stood the test of time. We have many clients who started as users on day one and now have very powerful datasets of farm performance and well-tuned farm simulation models. The company cannot stand still though and this ownership changes provides the opportunity for new investment and growth.”

He says he will watch with interest as Farmax begins its next phase.

“It was important for me to remain connected. After so many years of being a co-owner and major user I naturally remain invested in the ongoing success of the business, and I look forward to seeing the direction the company will take.”

A software providing greenhouse gas emissions measurement and scenario planning programme for the whole farm has been released.

Andrew MacPherson has been appointed as the new chairman of Farmax.