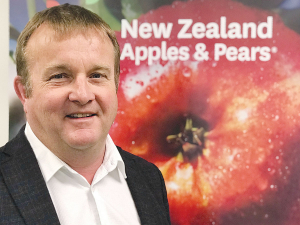 The Government is yet to decide on approving 1000 extra RSE workers to help pick Hawke’s Bay’s $650 million apple crop in 2020.

The apple industry says it is meeting the Government’s challenge head-on, where RSE employers must show they can provide beds for the 5400 RSEs they need in Hawke’s Bay for next season.

New Zealand Apples and Pears manager of trade policy and strategy, Gary Jones, says the RSE scheme will solve the apple picking crisis and the housing crisis in Hawke’s Bay.

He says this season millions of dollars of apples were left rotting on the trees in Hawke’s Bay before the Government declared a seasonal labour shortage for the second consecutive year.

“We’ve listened and responded to the Government’s challenge,” Jones said.

“Together we’ve developed a partnership and we will work positively with the Government, in helping the region out of a housing crisis and growing our economy and export industry.”

The new RSE accommodation — estimated at $25,000 per bed — will be in new buildings and large scale ‘fit for purpose’ renovated buildings. About 1350 beds are consented and 400 more are in the pipeline.

The work will see almost all the 5400 RSE Hawke’s Bay workers housed by the industry. Rented houses will not be needed in urban areas.

Jones says the buildings will help to house “vulnerable New Zealanders” short term, and some will be offered apple industry jobs and a ride to work each day.

“The RSE scheme is [providing] fulltime employment and career pathways especially in new technology areas,” he said. “But we can’t grow jobs if millions of dollars of apples are left rotting on trees.”

Hawke's Bay is the largest apple and pear growing region in NZ.

Making change for the better

OPINION: Farmers are change adaptive, we can make change for the better.