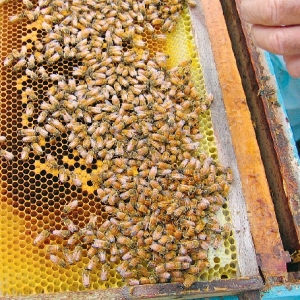 According to Agcarm, bee numbers in New Zealand are on the rise and the crop protection industry will work with government and industry to help keep bees healthy.

Agcarm says the industry takes pollinator health very seriously and they are keen to work with regulators and stakeholders to encourage further bee population growth.

"The number of managed hives has nearly doubled in a decade - this is excellent news as the bee industry is vital to New Zealand agriculture," says Agcarm chief executive Graeme Peters.

A Primary Production Select Committee report released in July last year concluded that there is no evidence of colony collapse in New Zealand.

The biggest threat to New Zealand bees is the varroa mite. "Our focus needs to be on finding new ways to manage the mite, especially resistant populations," says Peters.

The crop protection industry has been proactive in encouraging ways to support bee health. It provides products to control the varroa mite, educational and communication material, and a bee treatment stewardship guide.

According to Agcarm, there is no evidence that neonicotinoids are a significant contributor to bee health issues in New Zealand, but regardless it is important to use pesticides responsibly, to limit their exposure to bees and other beneficial insects, which are important to New Zealand's economy and biodiversity.