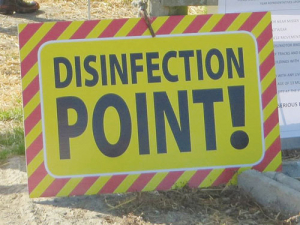 The funding announcement came on the fourth anniversary of New Zealand’s attempt to eradicate Mycoplasma bovis.

"Plenty of Budget rounds go by without any bolstering of funding for biosecurity so we congratulate the government for making this a priority."

The funding announcement came on the fourth anniversary of New Zealand’s attempt to eradicate Mycoplasma bovis.

The $110.9m in the Budget includes $68 million over the coming year to continue momentum on the M. bovis programme.

"We need to keep our foot on the throat of this disease," Hurst says.

"Over the last few years 271 farms have been cleared of M. bovis and we’re down to just one infected property. Federated Farmers thanks both those farmers who have taken a hit on behalf of their colleagues and sector, and also those officials who have worked hard to get the programme right.

"It does underline the huge costs and disruption that can be avoided when we stop these organisms from getting into New Zealand, or when they’re here, stop them from wider spread in our herds and environment.

"Our biosecurity personnel deserve proper resources to do their work well," Hurst says.

. "This will be increasingly important as our borders open up to international passenger travel."