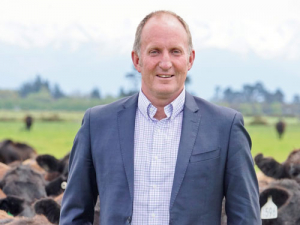 BLNZ chair Andrew Morrison is pleased with the result, particularly given the amount of farmer concern about the wave of regulation coming at them.

Morrison’s happy with the result despite the fact that only 35% of those eligible to vote in the referendum actually cast a vote. He says despite the low turnout, the vote showed that farmers support the work of the industry-good organisation, but he can’t pinpoint the reason for voter apathy.

“I don’t really know the answer, but one thing I would say is that if people aren’t happy they will engage and vote against you,” Morrison told Rural News.

“We went into this knowing two things: people who were disillusioned with us would vote ‘no’, and that there would be a degree of apathy. That’s why we scheduled all those roadshow meetings. We engaged heavily with Māori and held five hui, as well as holding 34 regional meetings in an attempt to break the apathy mould.”

Morrison says B+LNZ is pleased with the result, particularly given the amount of farmer concern about the wave of regulation coming at them. He says the result validates what the organisation is doing.

He says it was heartening to hear from farmers during the roadshow that there's a lot they like - especially around B+LNZ's farming excellence work and programmes such as Taste Pure Nature.

"Farmers strongly endorsed B+LNZ's role in advocacy, but we also heard loud and clear from them that there's a lot of frustration out there about the scale and pace of regulatory change," Morrison added.

"They want us to fight as hard as we can on their behalf, working more closely with Federated Farmers and DairyNZ in responding to this. I can assure farmers we are taking this on board."

Morrison believes, more than ever, farmers need a strong voice representing their interests domestically and internationally.

The new levy runs for six years, and the sheepmeat levy will increase from 70 to 75 cents per head.