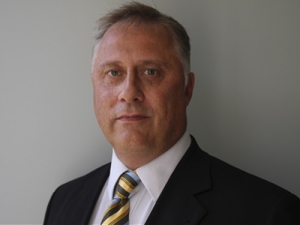 Beef + Lamb NZ says those who think Brexit won't have an impact on trade because the United Kingdom (UK) only takes 2% of New Zealand's exports, are missing the point.

It's the whole of the European trade we should be looking at.

"Access for New Zealand's biggest exports to the UK are tied to quotas to the EU. Unpicking the quotas if the UK were to vote to leave, would also disrupt trade with the EU and cause major uncertainty," says Beef + Lamb NZ general manager trade policy, Ben O'Brien.

"It will be Beef + Lamb New Zealand's top priority to look after New Zealand sheep and beef farmer interests should the UK vote leave the EU," O'Brien says. He thanked the New Zealand Government for their engagement on the issue to date.

"Over $2 billion of red meat and wool exports were sent to the EU last year. That's almost four times the next largest contributor, horticulture, and seven times that of the dairy exports."

The UK and Europe are, in particular, New Zealand's biggest sheepmeat markets and Brexit could have a substantial negative impact on that sector.

The New Zealand sheepmeat quota to the EU of around 228,000 tonnes represents over half of New Zealand's sheepmeat export production and the UK takes half of that.

"The EU and UK markets have affluent and sophisticated consumers with Western tastes, and they see lamb as a high quality protein worthy of a premium price. Brexit could cause a significant disruption to supplying that market and if they can't get the product they'll go elsewhere," O'Brien says.

"Under Brexit the trade would face two years of uncertainty, if not longer, while the EU and UK negotiate between themselves as to who is going to take what part of the existing quotas."

O'Brien says it would be impossible for the industry to plan when it didn't know what quantity of access it would have to the two markets.

"With a single quota covering all the EU including the UK, we currently have the flexibility to meet the demand anywhere within the EU, whereas under Brexit we are unlikely to have the same flexibility, depending on how the European quota is distributed.

"Disruption of this trade could have widespread consequences, particularly for regional New Zealand where the red meat industry is a significant employer." Meat processing companies alone employ 25,000 workers.

O'Brien says given the dairy downturn, New Zealand could not afford for its second largest export industry to have to deal with uncertain times in the UK and European markets.