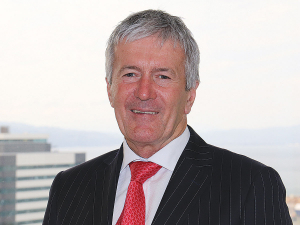 He says there are significant employment opportunities in the primary industries and Government will be training people to have the skills they need for the jobs in the sector.

“To that end, we’re investing $19.3* million in a range of initiatives that will partner and support more than 10,000 New Zealanders in primary sector jobs by rapidly retraining and absorbing workers displaced from other sectors like hospitality, tourism and aviation,” O’Connor says.

Meanwhile, he says $128* million committed to control wilding pines and wallabies would protect farmers from costly pests and provide jobs for people most affected by COVID-19.

“The wilding pine funding will be a game changer in our fight against a pest that is a $4.6 billion threat to our economy, while providing up to 600 jobs,” O’Connor claims.

“Around $28* million for Wallaby control will focus our efforts against this destructive pest and provide dozens of jobs.

O’Connor adds that the Budget also includes a $433 million package to fund 4,000 jobs over five years in regional environmental projects.

“The initiatives in this package will support the Government’s objectives in its Action for Healthy Waterways.”

* These figures are over a four-year period

A naturally occurring soil fungus is shaping as a new hero to improve nitrogen use on farm.