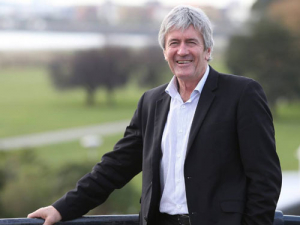 Agriculture Minister Damien O'Connor says agriculture is the engine room of the economy and the Wellbeing Budget, delivered yesterday, reflects how important the primary sector is to New Zealand.

He told Rural News that the government is investing $12.3 million over four years for a range of programmes to strengthen New Zealand's biosecurity system: an additional $472 million is earmarked for eradicating Mycoplasma bovis and $5 million for response activities to eliminate fruit flies in Auckland.

He says the new funding will boost MPI's surveillance and diagnostic capability by increasing incursion investigation and laboratory capacity and will give New Zealand greater ability to detect and respond to biosecurity threats. IT systems used at the border and in biosecurity responses will also be updated

“The government will also spend $21m to tackle Wilding Conifers, which can ruin farmland, and destroy biodiversity and iconic landscapes,” he says.

“A good animal welfare system is vital to protect the wellbeing of animals and NZ's brand in overseas markets. The money will allow more resource to provide greater enforcement against offending and will safeguard consumers by ensuring the food they eat is safe and suitable,” he says.

As expected Climate change features prominently in the budget with the  government investing $8.5 million into NZ’s role as global leaders on climate change.

O’Connor says climate change and the need to feed a growing global population are the two greatest challenges facing agriculture, and they are also opportunities for New Zealand. He says the funding will be used to further our work with the Global Research Alliance on Agricultural Greenhouse Gases (GRA).

“We now need to accelerate global agricultural mitigation research further; attract ongoing investment from other countries; and build developing country capability. The GRA's global focus on reducing agricultural greenhouse gases is a key outcome for New Zealand's commitment to supporting our Pacific neighbours, and our global commitments in addressing the impacts of climate change,” he says.

O’Connor says New Zealand is a key contributor to the GRA and our role is at the core of our global leadership on climate change. He says the GRA's work is also a crucial enabler of New Zealand's own transition towards a low emissions economy