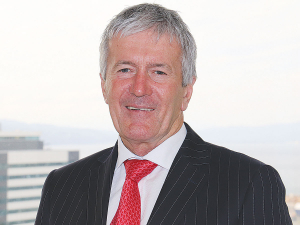 He told Rural News the Government understands the unease that this has created – along with a whole lot of other issues including high farm debt in the dairy industry.

“But we will deliver a practical, realistic proposal on water that satisfies the demands of the wider community, but also allows farmers – many of whom have been moving in this direction for years – to get to the point of better water quality over a generation.”

O’Connor says in the coming year biosecurity will put constant pressure on the farming sector. He says all NZers need to be vigilant in respect of this issue and there is an ongoing need to improve our biosecurity systems.

O’Connor claims that in this election year the National Party will exploit the division between rural and urban communities at the expense of farmers.

“This is an outrageous proposition that they have run out at every election. In my view, building a consensus on what we agree on is what we should be doing,” he says.

Another issue on the radar this year says O’Connor is the outcome of Brexit and gaining a Free Trade Agreement (FTA) with the EU. He says Brexit continues to create uncertainty and NZ will have to work hard to broker an FTA which is beneficial to both parties and to the world in general.

“They need to see our commitment to climate change initiatives, know we have high standards of animal welfare management, that our production is efficient and ethical and that we have done a very good job is making ourselves very efficient producers of protein - particularly dairy and meat,” O’Connor told Rural News.

“We have to get alongside their producers and say the world does need more high quality protein and we can both sell into their market and share some of the challenges of maintaining demand for livestock protein.”

O’Connor believes we should be partners with the EU, not competitors.

COVID-19: Our only chance to get it right

Ag minister Damien O’Connor says if NZ doesn’t get this four-week COVID-19 shutdown right, the chances are this will go on for a long time.

Government support for farmers and growers affected by drought has been expanded and extended across the country.

The Ministry for Primary Industries (MPI) has set up a register for safe practice in the sector, with registrations due this Friday.