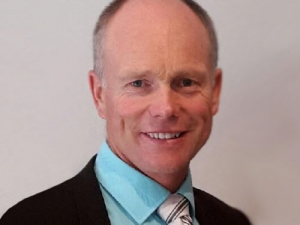 Richardson describes himself as "a passionate advocate for the cooperative model for companies in the agricultural sector."

"With the current controversy being played out in public over the ownership of Silver Fern Farms, I think now is a critical time for farmers who are still actively involved on the land to step up and become involved in securing the future of the co-operative model in the rural sector."

Richardson says farmers stood idly while the $2 billion business performed poorly for a number of years. Farmers can't afford to stand back while events like this happen.

"If we want the cooperative model to survive, we must engage with farmer-owned organisations, ensure their governance operates to the highest standards and that they operate with a sustainable financial structure that doesn't leave them at the mercy of external organisations such as banks." he says.

The merger between CRT and Farmlands has so far been deemed to be a success but there needs to be a sense of urgency around completing the full integration of the companies and becoming focused on the future, he says.

"I will be a strong advocate for Farmlands and farmers working closely together to plot a future for the organisations which preserves the cooperative model," he says.

"When the private sector becomes involved in co-operatives, the focus moves to investor returns and away from focusing exclusively on the needs of farmers."

Richardson says that there will be a tough learning curve adjusting to being involved with Farmlands at a board level. He says his experience in export businesses and as a director of farming at commercial companies provides him with a strong platform.

Sheep farmers should be investing in proven, worm resistant genetics this breeding season to future proof their businesses’ bottom lines.