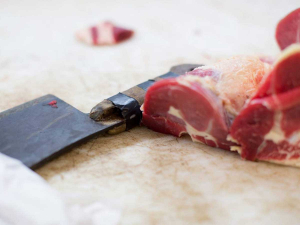 The New Zealand Meat Board say that proposed changes to director fees will not go ahead after voting results from farmers were announced at the Annual Meeting last week.

At its annual meeting, held online today, 51.57% of votes were cast against an increase in the director fees pool for producer and industry directors from $144,200 to $180,000 per annum.

The NZMB, made up of farmers, processor and Government representatives, helps New Zealand achieve optimal returns on beef and sheepmeat exports to international quota markets.

NZMB’s chairman Andrew Morrison says the decision was one of two resolutions outlined in materials mailed to all farmers, with voting open to anyone regardless of whether they attended the meeting. This was the first time this approach was used, and the meeting was also held online for the first time.

“Using these new approaches is part of the board’s commitment to increase our engagement with farmers, raise the profile of the NZMB’s role, and provide greater transparency to farmers.”

The second resolution, relating to the appointment of an auditor, saw 90.60% of voters agreeing that KPMG should be appointed for the year ending 30 September 2021.

Morrison says the board stands by its decision to include the director fee resolution following the thorough review of NZMB’s director fees undertaken in 2020, which was independently reviewed by Mitchell Notley & Associates Ltd.

“The final decision was always in the hands of voters and the ‘no’ vote shows we need to do more work to convey the increasing complexity of the NZMB’s role and the environment it operates in, and how this relates to director remuneration.

“The first steps in increasing farmer engagement with the Board have been successful, however. We received over 1700 votes and we look forward to building on this strong base in future.”

Tomorrow Beef and Lamb NZ (BLNZ) hold its annual meeting where farmers are also being asked to approve a rise in director fees.

In an earlier story in Rural News about director fees, Morrison said farmers would get the final say on the controversial move.