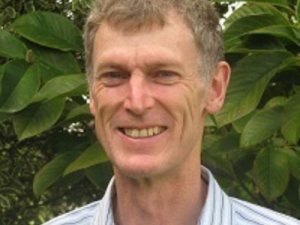 State-owned AgResearch says it is working on developing new methods to detect diseases like Mycoplasma bovis hidden at very low levels in livestock.

A disease like Mycoplasma bovis can lie dormant at low levels in an animal for months before the illness becomes apparent. Detection at such low levels may help decision-making which can reduce the spread of a disease.

AgResearch has been working with OSPRI for more than 25 years on the eradication of bovine tuberculosis (TB) from cattle herds in New Zealand, using diagnostic tools to identify infected animals. As good progress has been made in addressing Mycobacterium bovis (the bacterium causing TB in the cows) in New Zealand, attention has recently turned to how to detect the “hard to find” instances of the disease.

AgResearch senior scientist Dr Neil Wedlock says although Mycoplasma bovis is a different organism to that which causes TB (Mycobacterium bovis), there is potential for applying some of the new techniques being developed for TB to a range of “hard to detect” infections.

“We are having to be more sophisticated in how we detect low-levels of disease,” Wedlock says.

“The earlier we can detect and test the presence of a disease, the better the outcome in terms of applying controls to prevent its spread, and potentially having more choices to manage a disease outbreak.”

“Some of the tools we are looking to employ include the use of improved blood-based diagnostics for early detection of an animal’s response to disease. There are technologies we are using that measure compounds that both the bacteria and infected-host produce. We can then compare the profiles of healthy (uninfected) and infected animals to establish the presence or absence of the bacteria.”

The recent use of whole genome (DNA) sequencing of the Mycobacterium bovis organism is also providing detailed information about the paths of localised TB outbreaks in livestock.

Wedlock says: “In cases where tests for disease may be negative, because the diagnostic tools currently available are not sensitive enough to detect the disease-causing bacteria at very low levels, there are exciting new technologies that are capable of concentrating the dispersed individual disease-causing organisms to levels that allows sensitive diagnostic tools to identify them”.

“Every disease is unique, but as we test different approaches, it may be that we can add to New Zealand’s toolkit, and develop methods to detect a very damaging disease like  Mycoplasma bovis earlier, and perhaps with less invasive methods. That could be a game-changer in terms of limiting the impact of a range of these hard to detect diseases.”