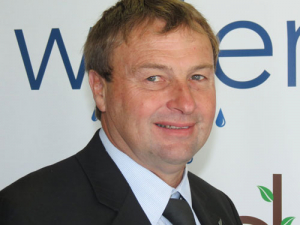 Farmers are unhappy with Greenpeace’s latest attempt to protest against intensive dairying.

Federated Farmers says a report released last week by the lobby group titled ‘Sick of too many cows’ is another “misguided attack” on the primary sector.

“This is Greenpeace doing a good job of what they do best -- plenty of headlines and hyperbole”, says Chris Allen, Federated Farmers’ water spokesman.

“Particularly disturbing is their accusation that irrigation and farming causes cancers and infectious diseases.”

Allen says the latest Greenpeace attack smacks of desperation, “and leaves little room for constructive dialogue with no concrete language throughout the report”.

The Federation also finds it ironic that the Havelock North water contamination outbreak is raised, yet it had nothing to do with dairy farming nor so-called industrial farming or irrigation.

“It’s unfortunate they have not researched basic facts about irrigation and proposed schemes. For example, the businesses signed up to the Ruataniwha scheme are horticultural enterprises, arable and sheep and beef farmers.

“There are no new dairy conversions among the 190 farmers signed up, and only one irrigator will expand an existing dairy farm by a mere 100ha.”