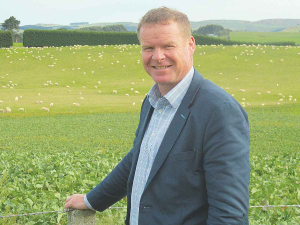 Farmer confidence has plummeted in the last quarter, with Government policy cited as the chief reason, says Rabobank.

Dairy farmers recorded the biggest drop in confidence about their own farm business performance, while horticulturalists remain the most optimistic

Farmers across all sectors are increasingly pessimistic about the year ahead, the latest quarterly Rabobank Rural Confidence Survey has found.

The net rural confidence reading plummeted to -33% in the latest survey, down from 2% in the last quarter.

The survey, completed in late August and early September, found the number of the nation’s farmers expecting the rural economy to worsen in the coming 12 months had risen to 41% (from 23% last survey), while those expecting an improvement had fallen to 8% (down from 23%).

A total of 48% were expecting similar conditions (down from 54%).

Rabobank New Zealand chief executive Todd Charteris says farmer confidence is now at its lowest level since the March 2016 quarter, with concern over Government policy identified by farmers as the key factor for their negative view. This is cited by 68% of farmers holding a negative outlook in the latest survey, he says.

Farmers across all sectors are now less optimistic than in the last quarter about the prospects for the agricultural economy in the year ahead. Government policy remains the key worry, with a host of other concerns also identified.

Farmers’ expectations for their own business performance also declined across all sector groups, but remain at net positive levels overall.

Investment intentions were marginally back on last quarter.

“Government policy relating to freshwater reform and future greenhouse gas obligations presents a major challenge for farmers and, at this time, it’s clear farmers view policy direction as the major challenge to the future prosperity of the sector,” said Charteris.

“Rabobank remains wholeheartedly committed to supporting our New Zealand food and agribusiness clients, along with their communities, through these challenges. In doing so, we recognise the importance of this sector to NZ’s wider economic success over the coming years.”

“Given the reaction to this policy statement from farmers and farmer advocacy groups over recent weeks, it’s clear the contents of this document have further eroded the brittle confidence in the sector. However, we won’t get a gauge on how significant an impact this has had until our next survey is released in mid-December,” he said.

Other reasons for their pessimistic outlook included the performance of Fonterra, negative public perceptions of farming and turbulence in overseas markets.

“Despite farmgate prices for NZ’s key commodities remaining relatively strong, there is a wide range of concerns now weighing on farmers’ shoulders, and the cumulative effect of these has seen overall confidence slide dramatically.”

Charteris says the net farm business performance reading of +4% this survey was well back on the +31% recorded in June.

“While well back on last quarter, this is still considerably more optimistic than how farmers are feeling about the outlook of the overall agricultural economy.”

Dairy in the dumps

Dairy farmers recorded the biggest decline in their outlook for their own farm businesses in the year ahead.

There is now an even spread of dairy farmers expecting their farm business performance to improve and to worsen (both 21%).

Similarly, sheep and beef farmers were split on the prospects for their own businesses, with 20% expecting an improvement and 20% expecting performance to worsen.

Charteris says horticulturalists continued to be the most buoyant of all sectors, with 37% expecting improved performance from their business in the coming year and only 9% expecting performance to worsen.