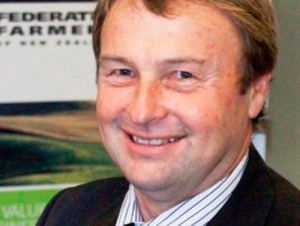 Federated Farmers is surprised at "the misguided protest" by Greenpeace outside Wellington ACC offices this morning.

"It's disappointing to see Greenpeace opposing a scheme that has gone through a lengthily process and has stringent environmental conditions attached to it," says Federated Farmers water spokesperson Chris Allen.

"Greenpeace are demonstrating their anti-irrigation views and seem to oppose anything that gives New Zealand farmers climate resilience."

"Greenpeace are barking up the wrong tree with dairy effluent - as those using the stored water will be doing so within strict resource consents conditions that have been through a very rigorous process."

Allen says that ACC have not been confirmed as an investor for the scheme and that out of 196 farms signed up so far, only one is a new dairy conversion.

"The rural community will either remain as they are and use the irrigation as a form of resilience against dry periods or introduce some new higher value opportunities of cropping or vegetable products in their systems," he says.

"The entire Hawkes Bay region will benefit by way of improved access to drinking and stock water to recreational opportunities. The Tukituki Plan Change six was developed independently of Hawkes Bay Regional Council by a Board of Inquiry and put through various tests of the High Court."

Federated Farmers would rather see Greenpeace support by advocating to Government the forward thinking opportunities to the TukiTuki region - that reliable water will bring if climate change effects the catchments rainfall.