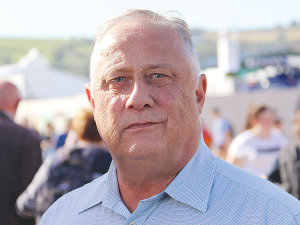 That’s the view of Beef + Lamb NZ’s European regional director Ben O’Brien on where things are with Brexit.

He told Rural News he’s confident the NZ meat industry is ready for whatever might happen as the deadline looms for the UK to leave the EU. Brexit is scheduled to occur on October 31 – Halloween.

“I think we had a dress rehearsal on March 29 – the day Britain was originally scheduled to the leave – and my fingers are crossed in my office in Brussels that things will work smoothly without too much disruption,” O’Brien said.

“We are not expecting too much disruption at the ports and also the companies will manage their ends to some extent. Some may take the view that they will avoid the first few weeks of Brexit to give them more certainty of getting product through customs.”

O’Brien believes Brexit is likely to happen at the end of October.

He says lamb consumption and the sale of lamb to the EU and UK have declined, with NZ filling just over two thirds of its quota there.

“We are seeing declining consumption overall and, of course, we are seeing a lot less product going into the EU, largely due to the opportunities for NZ in China. That is a good situation for us and for the European sheep meat producers. It means we are sending our higher quality cuts and our lesser cuts are going to other markets.”

He says if Brexit had occurred ten years ago, when NZ was much more reliant on the EU market, the situation would have been different.

He says NZ exports complement Irish and UK sheep farmers’ exports and ensure lamb is on supermarket shelves all the time.

Once Brexit is settled, the focus for NZ will shift to concluding an FTA with the EU.

Negotiations are already well advanced, but the change in the shape of the EU parliament with strong green and conservative elements and a smaller centrist grouping may change that.

O’Brien says the new EU parliament may be a bit more protectionist.

“But I think there is strong support at the political level – on both sides – and that a FTA between NZ and the EU is not just about trade, it’s about a whole lot of other things as well.”