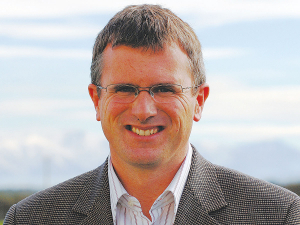 It's time for New Zealand to pause in its approach to freshwater, Synlait founder John Penno says.

Penno is part of the Freshwater Leaders Group advising the Ministry for the Environment (MfE) on proposed new freshwater management rules.

“We need to do some things to stop things getting worse, beyond just ‘no more development,” he told the MfE public consultation meeting in Christchurch.

The Freshwater Leaders Group has a focus on agriculture’s effect on freshwater “because of where the policy was going,” Penno said. The group included representatives from dairy, sheep and beef, a water ecologist and campaigners for more rigorous water regulation.

Penno said the big concern for some regions, eg Canterbury, is that while water quality continues to decline, a fix-up is getting harder and more expensive.

“The time has come when we’ve got to pause, because if we don’t pause, the next development -- whether it’s urban or rural -- will be putting more pressure on water bodies already under pressure.”

The best dairy farmers won’t be shocked by what’s expected of them in proposed national freshwater standards, he claimed. Some operators have been meeting the requirements of the proposed NPS for many years.

“If you’re looking at them and thinking ‘that’s going to catch me’, I think, in a Canterbury context... you should be looking at yourself because I would almost classify you as a laggard.”

Penno claimed that dairy is generally ahead of other farming sectors, ie sheep and beef.

“It’s just a factor that the dairy sector has done a helluva lot more to address some of these things.”

He said nitrogen is a particular issue for Canterbury, encouraging farmers not to get so “hung up on” nitrogen that they dismiss the whole NPS concept.

“Don’t throw the baby out with the bathwater, if you like, because I think there are a lot of very good things in here that protect high-performing farmers who have been working on these things for a long time.”

Penno said he wasn’t surprised to see a packed audience at the Christchurch meeting.

“While on the one hand we have an abundance of water, [that water] is absolutely essential to everything we do, whether we’re living in the city and using it for recreation,” he told Rural News.

“It’s part of our childhood memories and the special times we have with our families, or whether we’re on the land where without it we have nothing. Water is enormously important.”

Penno said farmers had mismanaged water in some regions.

“In many catchments we’ve gone too far. We’ve taken too much water out of them or there’s too much nutrient or sediment or bacterial material getting into them.”

The Freshwater Leaders Group has asked scientists to “describe” what a healthy waterway would look like. “The importance of this is that if you can’t describe it you can’t actually plan for it.”

Waterways need to be supportive of healthy ecosystems, Penno said while some campaigners want pristine water “I think most of us are pragmatic enough to understand that we just can’t have human activity and have pristine waterways.”

The proposed National Policy Statement (NPS) for freshwater is a guideline to be used by regional councils as they develop regional plans, Penno pointed out.