FTA with UK could be a boomer 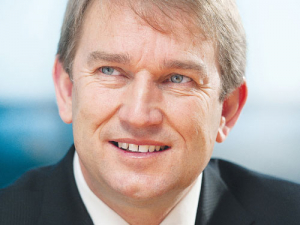 Dynamic gains in both the New Zealand and United Kingdom economies could be made if some trade barriers were freed up.

The two economies could use a free trade agreement to build new global value chains serving markets in Asia and North America, he says.

The NZ International Business Forum (NZIBF) has released a discussion paper on the potential for a future free trade agreement (FTA) with the UK as it prepares to leave the European Union.

“The UK is one of our most steadfast and like-minded trade friends,” says Bailey. “We have deep shared history, culture and people-to-people links.   Despite the huge shift in our trade to the Asia-Pacific, the UK remains our fifth-largest trading partner, fourth-biggest agri-food export destination and fifth-biggest source of investment.”

The NZIBF report was prepared by associate director Stephanie Honey on the basis of interviews with a wide range of business and other contacts over the last three months. The preparation of the NZIBF report was supported by BusinessNZ, Beef + Lamb NZ, Dairy Companies’ Association (DCANZ), Meat Industry Association, NZ Winegrowers and NZ Apples and Pears.

Bailey notes that the UK is a key market for many NZIBF members, especially for sheepmeat, wine, apples and honey, and with huge potential for dairy and beef.

The UK and NZ have both signalled an interest in an FTA.  NZ was one of only four new potential partners identified by the UK earlier this year.  The NZ Government has launched a consultation process for stakeholders.

Highlights from the report were presented recently by NZIBF executive director Stephen Jacobi to a business audience brought together by NZIBF member Russell McVeagh and the British NZ Business Association.

He says a future NZ-UK FTA could be a building block in eventual UK membership of the Comprehensive and Progressive Agreement for Trans-Pacific Partnership (CPTPP).

“Perhaps one day it might even form part of a Commonwealth-wide trade arrangement.  That’s why we need this deal to be as ambitious as possible.”