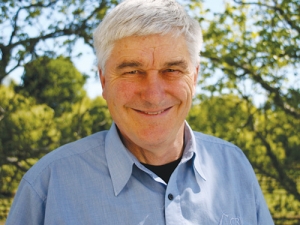 An outbreak of facial eczema (FE) on the West Coast is driving home the need for FE-tolerant genetics, according to a farmer.

Andrew Bruning and Tracey Herrick are first year dairy farming in Karamea, where the whole district has been hit hard with FE -- unusual for the area, Bruning says.

They have culled ten cows, dried off 20 and switched to once-a-day milking 15 that are less affected.

"We are hit really hard with facial eczema," he says. "The whole district is and our whole herd is affected. The emotional side of seeing our cows suffering with facial eczema is just as distressing as the financial loss. It's a cruel disease."

With advice from vets, they have dosed the herd with Zincmax+ nutrition supplement sold by SealesWinslow and are applying zinc cream to the cows' teats.

Herrick says she read of an eastern Bay of Plenty farmer, Richard Sisam, speaking in support of FE-tolerant genetics.

Over 1700 of Sisam's heifers over two generations from CRV Ambreed's FE breeding programme were showing FE tolerance and he considered these genetics essential. Sisam's initial faith in FE-tolerant genetics came from years of successfully using such genetics for sheep.

This has motivated Bruning and Herrick to start using FE genetics in their herd this year. As a start, they have chosen to use FE genetics across half the herd for their next matings.

CRV Ambreed's R&D manager Phil Beatson told Rural News that FE outbreaks in the past were minor and confined to the top of the South Island; but this year a surge in FE had reached south to Grey Valley, on the West Coast.

He says it is hard to ascertain what is causing the FE outbreak; marginal rise in temperature and ideal moisture levels could be to blame. With global warming tipped to rise, more NZ farms could become susceptible.

"With climate change, this problem is going to get worse," Beatson says. "As an industry we can't rely on short-term measures to treat FE. This is already a huge economic and animal welfare issue and genetics provides a long-term solution."

Using CRV Ambreed's current FE-tolerant sires will typically breed offspring 30% less reactive to FE challenge, compared to the average bull. But as the sheep industry has proven, targeted genetics must be a farming technique year-on-year to stem the disease.

The usual way to treat FE now is by dosing animals with zinc, but Beatson's concern is that zinc, as a heavy metal, will go back into the environment and may end up in the food chain.

Genetics is safe, environmentally sustainable and economical, he says.

"Genetics will not guarantee a solution, but it will breed tolerance."

In response to growing demand from dairy farmers, CRV says is has increased its offering of polled sires from 11 to 15.

Farmers rate facial eczema (FE) in their top three animal health concerns, yet there is currently no new research being undertaken to combat the problem.