Get digging for fast internet 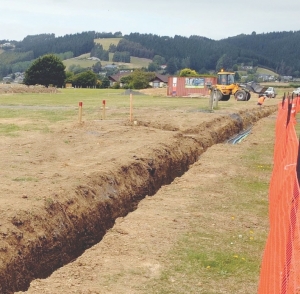 THE QUICKEST way for farmers to get fast broadband internet is to get out their diggers, says Telecommunications Users Association (TUANZ) chief executive Paul Brislen.

And he’s not joking. “It is expensive to roll out fibre cables and dig trenches– if you are a telco,” Brislen told Rural News. “If you are a farmer with a digger and the farm next door is happy for you to dig a trench across their farm as well, then that’s the best thing that should happen.”

Farmers in Yorkshire, UK, did this after tiring of waiting for telco action. Their project, called Broadband for Rural North (Barn), is for getting fibre to their farms, says Brislen. They are pulling fibre across each farm from neighbour to neighbour and connecting it to a network at the end.

“Generally speaking, they’re doing rather well. It’s quite cheap deployment and it’s happening quickly. British Telecom has the contract to roll out fibre to everybody. It is going to miss all its targets and nobody wants to buy it anyway once they get it deployed.

“So they are having interesting discussion about who you should give the money to build these networks. It turns out the Telcos aren’t very good at building networks.”

Brislen says there’s also a precedent here called the Nelson Loop.  Telecom quoted $1 million to run fibre around a part of Nelson, an area of mostly vineyards, so the locals said, “we’ll do it ourselves” far cheaper than that. They have had fibre for about 10 years.

Wireless does not do as well as fibre, Brislen says. “Dollar for dollar you want to be putting fibre down because it can handle a lot more customers and a lot more bandwidth so you can get faster connections and can do a lot more with it. Wireless is good to a point, whereas fibre is getting better and better.”