Implications for NZ on Brexit 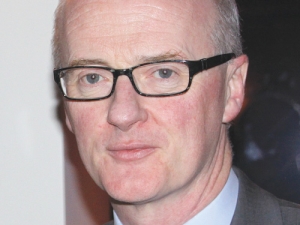 Ireland is warning New Zealand that it might be caught up in political and economic fallout if Britain decides to leave the European Union.

The Irish ambassador to NZ, Noel White, at Fieldays told Rural News it's hard to predict the outcome for NZ. But he warns those who say NZ is a long way from the action in Europe that the reverberations of Brexit would be felt in the southern hemisphere.

"Britain's trading relationships with NZ, Australia and elsewhere are [exercised] within the framework of the EU. If Britain [exits] then those arrangements have to be revisited, affecting anybody trading with Britain."

White says the biggest difficulty of Brexit is that nobody can say with certainty what it will mean; uncertainty is a major concern.

"The Irish government is firmly of the view that the EU, Britain and Ireland are better off with Britain in the EU. We have made that very clear."

White says the EU without Britain will be an impoverished organisation. Britain outside the EU will place Ireland's 62 billion euro trade with the UK in limbo and this could take years to resolve.

"In Ireland much has been said about the 'soft' border between the Republic of Ireland and Northern Ireland, and what this might mean for trade.

"We have every interest -- and we believe Northern Ireland has every interest -- in retaining that soft border. If there is a change it becomes an external border of the EU and that carries certain implications."

White, who has worked in and around the EU for many years, says there are always uncertainties, difficulties and political issues. Brexit is not just another of these; it is of a different order and strikes at the heart of what happened when Ireland and the UK joined the EU in 1973.

White adds that whatever the outcome Ireland will remain a member of the EU.

Britain quitting the European Union could spell trouble for New Zealand's wine and lamb exports to that country.

ANZ economist Con Williams told a seminar at Fieldays last week that a Brexit 'yes' vote could be "a double whammy" for some exporters. (Britons vote on Thursday June 23.)

It would be likely to lead to a lower British pound and slow Britain's economy, potentially affecting sales of NZ wine and lamb. Britain is a key market for these products.

Global stock markets have already plunged amid fears the UK could vote to leave the EU.

UK polls last week showed the 'leave' camp holding 46% of the vote versus 39% wanting to remain in the EU. Eleven per cent of voters were undecided.