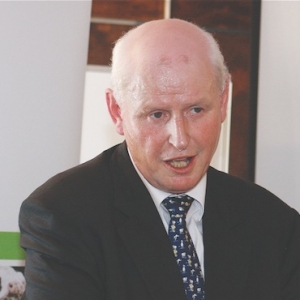 Change in ownership at Anzco Meats is a vote of confidence in the meat industry, claims company chairman Sir Graeme Harrison.

Japanese food company Itoham Foods Inc has increased its stake in Anzco to 65%, buying more shares from Harrison. He says contrary to negative comments by some industry players, the share transaction shows investors’ faith in the industry.

Harrison, a shareholder since 1987, now owns 14% of the meat processor; other shares are held by Nippon Suisan Kaisha Ltd (Nissui), and JANZ Investments Ltd, which is majority owned by Harrison with senior ANZCO managers.

Mitsubishi Corporation, Itoham’s largest shareholder,wants to grow its business outside Japan to become “the most trusted manufacturer of processed meat in Asia”. Mitsubishi has 200 offices working with 600 group companies in 90 countries. Itoham and ANZCO will access this network.

Harrison says Mitsubishi’s entry to the local meat industry via Itoham is a big vote of confidence. “We haven’t had one of the world’s top 50 businesses invest in our agriculture sector so this is a big confidence boost for the industry,” he told Rural News.

ANZCO launched in 1984, first owned by the New Zealand Meat Producers Board which sold out 11 years later for one hundred times its investment. In 1995 Harrison led a group including Itoham and Nissui to buy the shares held by the Meat Board and listed company Huttons Kiwi Ltd.

ANZCO is New Zealand’s second-largest beef company and third-largest meat company, with 3000 employees and annual sales of NZ$1.3 billion. It operates New Zealand’s only large scale cattle feedlot, has investments in businesses processing raw material from the group’s seven slaughter and processing sites and has a network of overseas offices.

Itoham and Nissui began buying meat from ANZCO before starting joint ventures which over time were taken over by ANZCO. Until now Itoham and Nissui have been passive investors in ANZCO, their investments having been in the hands of former presidents of both companies.

Food sales are handled by Mitsubishi’s Living Essentials Group, with 28,000 employees and interests in Asia, China, Indonesia and India. Mitsubishi dominates the distribution chains including convenience stores in Japan and Indonesia.

Itoham has been large in the Japanese ham, sausage and processed foods segment.

No change will be made to the ANZCO board; Harrison (66) will remain chairman and Mark Clarkson managing director. The moves foreshadow Harrison’s retirement.

Concurrent with the Itoham offer Harrison has made an identically priced offer to the seven smallest ANZCO shareholders to simplify the company’s ownership.

ANZCO’s shareholding has been virtually unchanged since 2001. The company has paid dividends every year since then.

Have you ever tried painting zebra stripes on your cows?