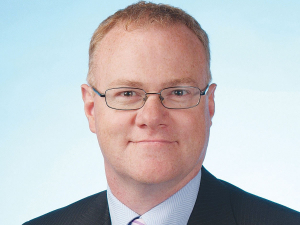 BNZ economist Doug Steel says prices are more than 27% above their five year average for this time of year.

“Prices have been very strong over recent weeks as we pass through what is the typical seasonal peak period before new season lambs come through in volume.

“But there is more to it than just seasonal strength, with lamb prices hitting an all-time high above $8.60/kg in early October.”

For the season ending September 2019, average lamb prices hit a record $7.60/kg - only 20c above the record set last season but significantly higher than the five year average of $6.00/kg.

Steel expects sheepmeat demand to remain high. China remains the key, with a very sharp lift in the share of NZ sheepmeat exports heading there in recent times.

Meat Industry Association chief executive Tim Ritchie says over 50% of sheepmeat exports are heading to China this year. He says sheep and beef exports to China are booming because of the misfortune of the pork industry, under attack from African swine fever virus.

But Ritchie says NZ lamb exports to other Asian countries are also on the rise.

“It’s the beauty of having many doors open around the world: it’s all about market access,” he told Rural News.

He says there’s nothing in the horizon to suggest that lamb prices could fall.

Virus fails to infect $7-plus payout

Take the win but don’t bet the farm on it lasting.