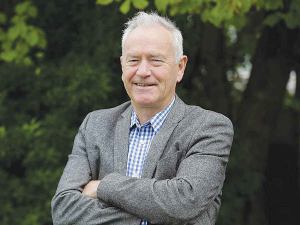 Environment Southland chief executive Rob Phillips says the landowners were identified as potentially having some minor issues which require a closer look.

“Overall, the first flight showed positive uptake of good management practices and we were encouraged by what we saw.

“These seven landowners are ones where we have identified something that might need improved, such as their buffer zones or back fencing.”

Both Robson and Environment Southland say it appears farmers are making improvements.

“Winter grazing is recognised as a high risk activity with regard to water quality and a lot of effort has gone into providing the advice and information to help farmers understand what is expected of them.”

A large portion of Southland was covered by this initial flight, from Tussock Creek through to Garston and Mossburn and then some of the Western Southland area.

“We know the weather has been good so far this winter, but rain is inevitable. Farmers still need to be mindful of maintaining all good management practices, including managing critical source areas and buffers after heavy rain.”

The landowners identified by the flights will be followed up by compliance and land sustainability staff.

The new rules around winter grazing – especially in Southland – are rapidly becoming an election issue.

New water rules are coming — ready or not!